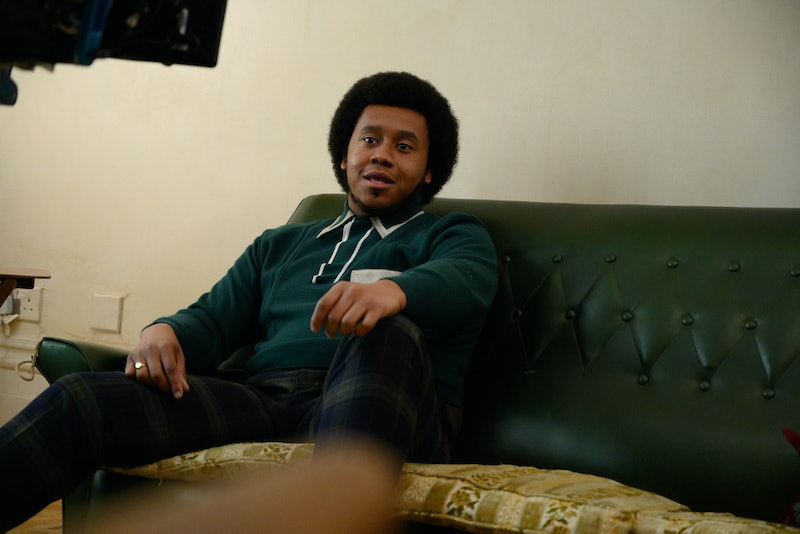 The latest addition to Steve McQueen's Small Axe Anthology is Alex Wheatle, which tells the story of the author of the same name, who has penned more than 15 novels for young adults and was awarded an MBE in 2008 for services to literature. The film stars Asad-Shareef Muhammad and Sheyi Cole as the child and teenage Wheatle, respectively and covers the writer's troubled youth. One of the key characters we meet is Dennis. But who is Jonathan Jules, the actor who plays him? Here's everything you need to know.

Jules is still relatively new to the world of acting, but is already making waves. His current acting CV shows that as well as his star turn in Alex Wheatle, the youngster has already appeared in a number of other hits, such as Fighting With My Family, where he played a wrestling performer alongside the likes of The Rock and Florence Pugh. He also last year starred in TV mini-series Soon Gone: A Windrush Chronicle in an episode about young mechanic Kev Williams.

However, it's clear from a little digging online that Jules is not just an acting talent; in fact, he's openly very interested in the world of writing and directing, too. "I love writing scripts," he writes on an acting profile. "I have always had a creative imagination. I love reading books to widen my imagination but although I don't go university or drama school I still study books on acting to get better on my craft."

Speaking of his education, Jules took drama at GCSE level as well as at A-level, before taking a gap year and then being "blessed" with a number of acting opportunities at a professional level.

If you want to stay up to date with Jules' work, the young actor is fairly active on Instagram, where he posts about his latest acting gigs and opportunities. We can't wait to see what he gets up to next!