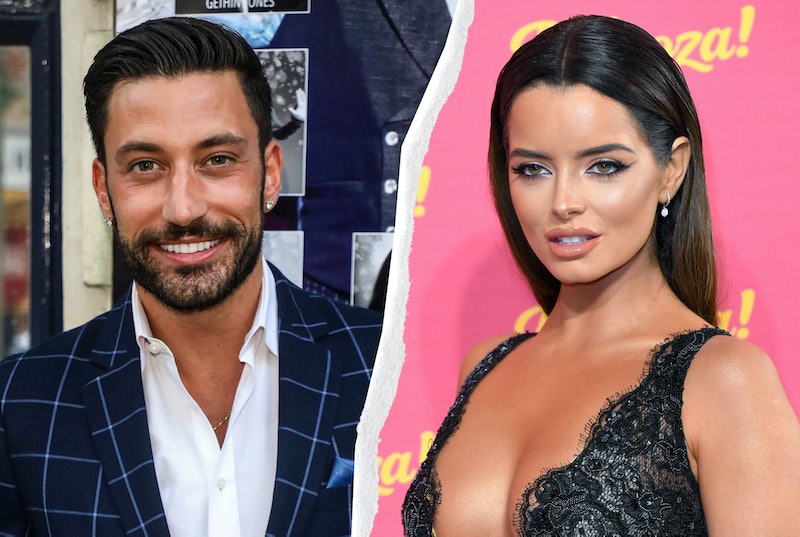 It appears Giovanni Pernice has addressed his reported split from Maura Higgins in a new Instagram post.

On Oct. 25, the Strictly Come Dancing pro shared a message with his 570k followers saying, “Firstly, great relationships with great people can come to a natural end. This has been the case for me recently. There was absolutely no wrong-doing and this should be the end of any speculation.”

Speculation about Higgins and Pernice’s break up first began on Oct. 18 when both of their social media accounts were wiped of each other’s presence. However, The Sun has alleged that Pernice was using dating app Raya long before this time, suggesting he joined just days after Higgins first uploaded a photo of the two of them. Pernice has denied these allegations and his spokeswoman told The Sun that Pernice “became a member of Raya years ago” and simply left his profile up on the site but was not actively “using it whilst in a relationship.”

In his Instagram post on Oct. 25, the dancer went on to say, “Whilst I respect and understand interest in my personal life, wouldn’t it be fantastic to instead use this space to raise awareness of subjects and issues which need the attention. My eyes have been opened to so many things during my career, but I am learning so much from this series of Strictly. The show has highlighted many important conversations for different communities and increased representation. These are the conversations which deserve the time, energy and recognition. We must concentrate on what's important and how we can all make a difference in life.”

Higgins is yet to comment on the break up publicly.

More like this
'Love Island' May Have Just Lost Its Main Character
By Jason Okundaye
'Love Island' Has Added Yet Another Bombshell To The Villa
By Bustle UK
The ‘Love Island’ 2023 Cast Is Messy AF
By Jason Okundaye
You’ve Got 'Love Island’s Farmer Will All Wrong
By Jack Orenstein
Get The Very Best Of Bustle/UK
Sign up for Bustle UK's twice-weekly newsletter, featuring the latest must-watch TV, moving personal stories, and expert advice on the hottest viral buys.