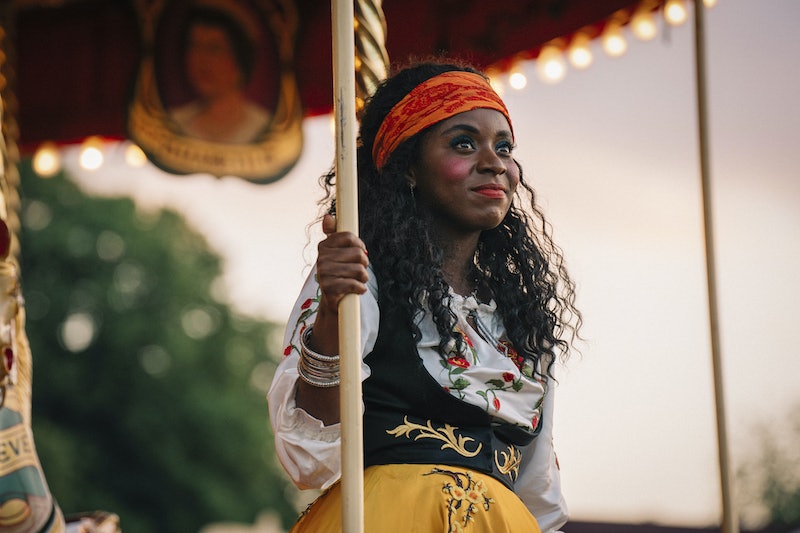 The much loved Worzel Gummidge will be back with a bang this December for not one but two Christmas specials.

Making her Worzel Gummidge debut is Nneka Okoye. Some viewers may recognise the actor for her appearances in Grantchester, Doctor Foster, and Casualty, but her biggest TV show to date has to be the 2020 smash hit I Hate Suzie. Okoye appeared in episode five of the Sky series as Glenda, a figure who appears in the ‘gallery’ of Cob’s mind while he’s trying to learn more about his wife Suzie’s infidelity.

While we may not know a great deal about Okoye’s personal life (she’s leads a low profile for now), her career is going from strength to strength. She has recently been announced as a cast member in Riches, a six-part series for Amazon and ITV that will follow the life of the super wealthy and super successful Richards family. In other words, it sounds like the perfect show fans of Succession.

Riches was created and written by Abby Ajayi (How To Get Away With Murder), who told Variety, “Riches is a love letter to Black London and it has been thrilling to create the Richards family and celebrate their opulence, their ambition, and their immigrant grit.” Leading the cast is Hugh Quarshie, who will play the family’s patriarch Stephen, and Deborah Ayorinde, who will appear as his estranged daughter Nina. Okoye will appear as Wanda, although we don’t have any details about her character yet.

Before that, though, viewers can catch Okoye in Worzel Gummidge, where she will be appearing alongside writer, director, and actor Mackenzie Cook (famed for his role as Gareth in The Office), who brought Worzel Gummidge back to our screens in 2019. Okoye and Cook will be joined by Strictly Come Dancing star and all-around funnyman Bill Bailey, who will be appearing as Mr. Peregrine.

Worzel Gummidge: Calliope Jane will premiere on BBC One on December 29 at 7.15 p.m.