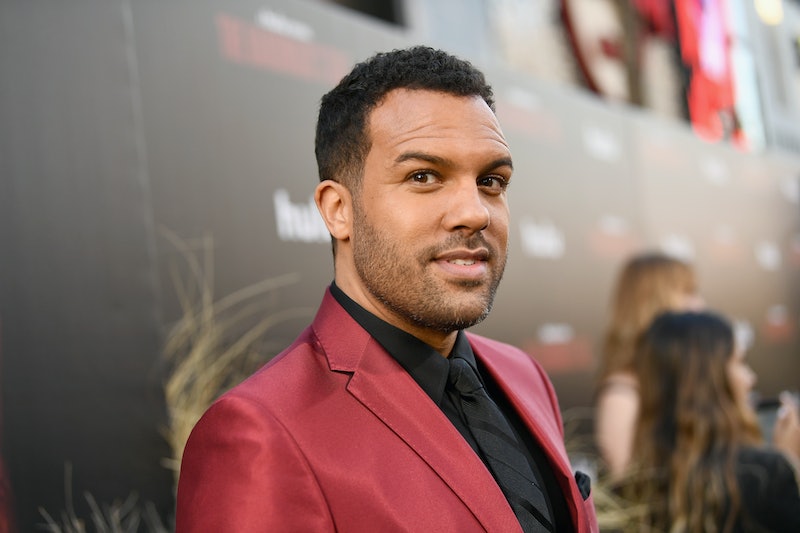 A washed up singer missing the glory days, desperate to relaunch his career and win back his supermodel ex... What could possibly go wrong? Enter Maxxx. The new Channel 4 comedy stars O-T Fagbenle as the audacious, self absorbed titular character Maxxx. But who is O-T Fagbenle? You might recognise him for a very different kind of show.

O-T (short for Olatunde) Fagbenle is arguably best known for his role as June’s (Elizabeth Moss) husband Luke Bankole in Hulu’s The Handmaid’s Tale. Just looking at such opposing roles as the gentle Luke and egotistical Maxxx shows the actor’s versatility, but Fagbenle has been quietly racking up big-name titles on both sides of the Atlantic for years now. Most notably Breaking and Entering with Jude Law and Juliette Binoche, and Amy Heckerling's I Could Never Be Your Woman alongside Michelle Pfeiffer and Paul Rudd.

You may also remember Fagbenle as Ash, the lead role in BBC Drama’s 2014 The Interceptor, an eight-part series about a state-of-the-art law enforcement team hunting down some of Britain’s most dangerous criminals. He also appeared in a BBC Two adaptation of Zadie Smith's novel NW in 2016, and starred American crime writer Harlan Coben's original drama series The Five. Fagbenle’s next project, however, is a return to the big screen. He stars in Marvel’s Black Widow alongside Scarlett Johansson as agent Rick Mason, an ally from Natasha Romanoff's S.H.I.E.L.D past.

Whilst the screen is where he has made his name, Fagbenle started his RADA-trained acting career on stage. In 2016, Fagbenle led his cast to an Olivier Award – the most prestigious honour in British Theatre – with his portrayal of Levee in Ma Rainey's Black Bottom, at the Royal National Theatre.

Some of Fagbenle’s 12 siblings include music producer Rockwell XL, singer Tito, women’s basketball star and Olympian Temi, and Daps, who has directed videos for artists including Migos and Stormzy, and TV producer Luti who is executive producer on Maxxx. Fagbenle himself wrote and co-directed the series, which allowed him to write a character complex enough for him to explore as an actor from a British-Nigerian background, he said.

“Different opportunities exist in theatre, but there’s still a dearth of big, expansive characters for minorities and for women on screen,” he told The Guardian earlier this year. “I trained classically for the most exciting texts known to man, and then you get the ‘charming guy in the bar’. Where’s the complexity? I wanted to write a role no one would cast me in: the maniacal egomaniac.”

You may have already seen the adverts, or maybe you’ve seen the first episode? Confusing right, if the series starts this evening? Well, like many things this year, the series screening was delayed after it was pulled from its original scheduling in April 2020 after one episode apparently due to “changing viewing habits” during lockdown, per Radio Times.

Maxxx airs on Thursdays at 10pm on Channel 4, starting from Oct. 29.

More like this
Michaela Coel Has Some *Thoughts* About The Nepo Baby Discourse
By Maxine Harrison
Olivia Colman Stars In First-Look Trailer For BBC's 'Great Expectations'
By Sabah Hussain and Sam Ramsden
Alan Carr's 'Changing Ends' Is A Witty Sitcom Based On His Own Life
By Darshita Goyal
Armani Jackson Is Following In His Famous Actor Sister’s Footsteps
By Catharina Cheung
Get The Very Best Of Bustle/UK
Sign up for Bustle UK's twice-weekly newsletter, featuring the latest must-watch TV, moving personal stories, and expert advice on the hottest viral buys.