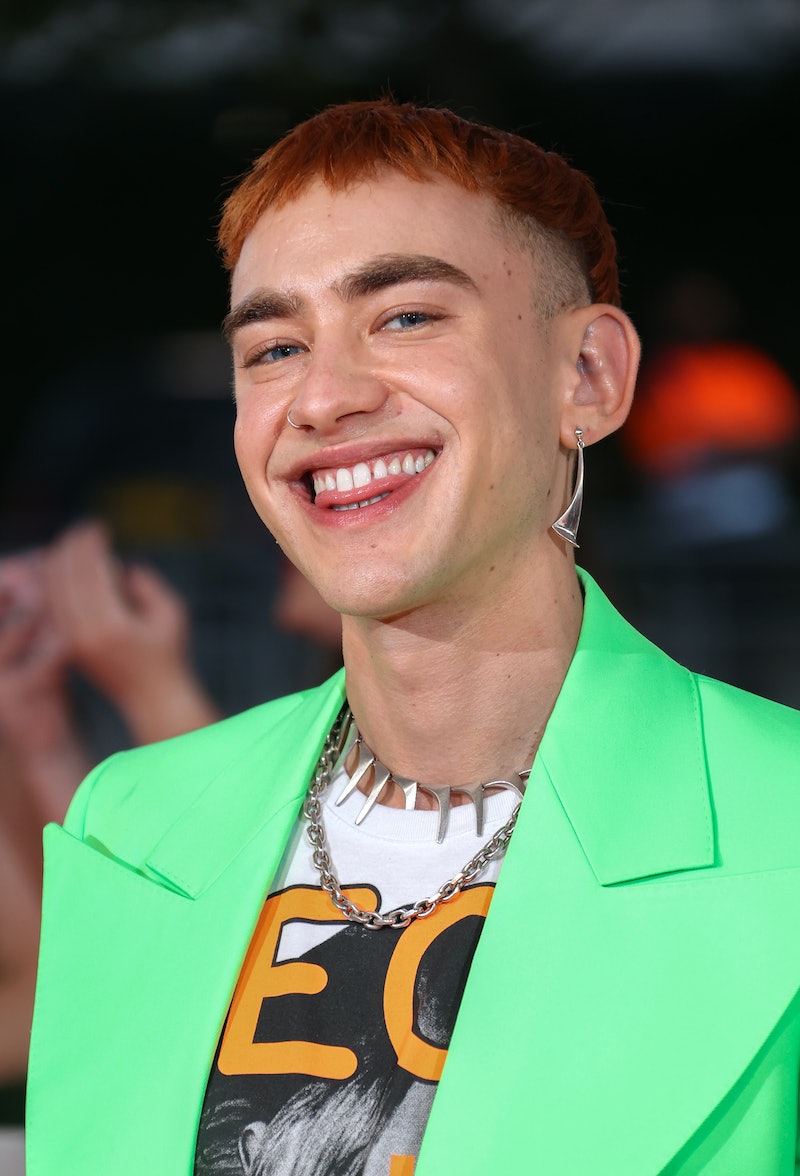 Years & Years frontman Olly Alexander has had an amazing 2021. Alongside starring in the hit Channel 4 drama It’s A Sin, the 31-year-old performer has done some incredible advocacy work with none other than Sir Elton John and is now set to host a spectacular New Year's Eve Party on BBC. But it may cause you to wonder whether Olly Alexander will be spending NYE with anyone special this year. So, is the singer single, dating, or in a relationship?

The official answer is: we don’t know. The singer has not publicly revealed anything about his relationship status in the past two years. In fact, his most recent reference to dating was in 2019, when he tweeted an empowering celebration of his single status. “I’VE BEEN SINGLE FOR THREE YEARS!!! i’m so amazing.”

Alexander’s most high-profile relationship was with Clean Bandit’s violinist Neil Amin-Smith, whom he split from in 2015. Alexander said he was so affected by the breakup, he nearly considered a big life change.

“I was in this relationship at the time with this guy Neil from Clean Bandit and that was sort of becoming a bit public,” he began, telling George Ezra on his George Ezra & Friends podcast.

“Suddenly there was this moment where we were breaking up, basically, and I had been on tour for about two years and so many things had changed, and our relationship was being talked about in the press, and I just felt like [being in Years & Years] wasn’t worth it.

In 2018, he told the BBC that “all options are on the table” in terms of possible relationships, but his dream scenario would be “a thruple and the other two guys lived in a house nearby.” He explained, I could visit them every now and then and they'd cook me dinner, and then I could just go home and watch TV by myself.”

Despite his current romantic life being under wraps, Alexander has been very open about the types of relationships he’s been in previously. For example, in 2017 he told Evan Davis at National Student Pride that he had experienced an open relationship in the past and, a year later, he explained to the BBC that he had been in a relationship with a straight man also.

“He told me was straight and we became friends, and at a certain point the relationship tipped over into something more intimate – and it felt like we were becoming lovers,” explains the singer. “And suddenly, there was just an explosion of pain and conflict.” Years & Years’ single “Sanctify” was apparently inspired by this relationship.

More like this
Joey Essex Is Rumoured To Be Dating A 'Love Island' Favourite
By Sam Ramsden
Daryl McCormack Has A Very Special Lady In His Life
By El Hunt
Gemma Atkinson & Gorka Márquez Are Strictly The Sweetest Couple
By El Hunt
Twitter Is Saying The Same Thing About Beyoncé's Renaissance World Tour
By Shahed Ezaydi
Get The Very Best Of Bustle/UK
Sign up for Bustle UK's twice-weekly newsletter, featuring the latest must-watch TV, moving personal stories, and expert advice on the hottest viral buys.