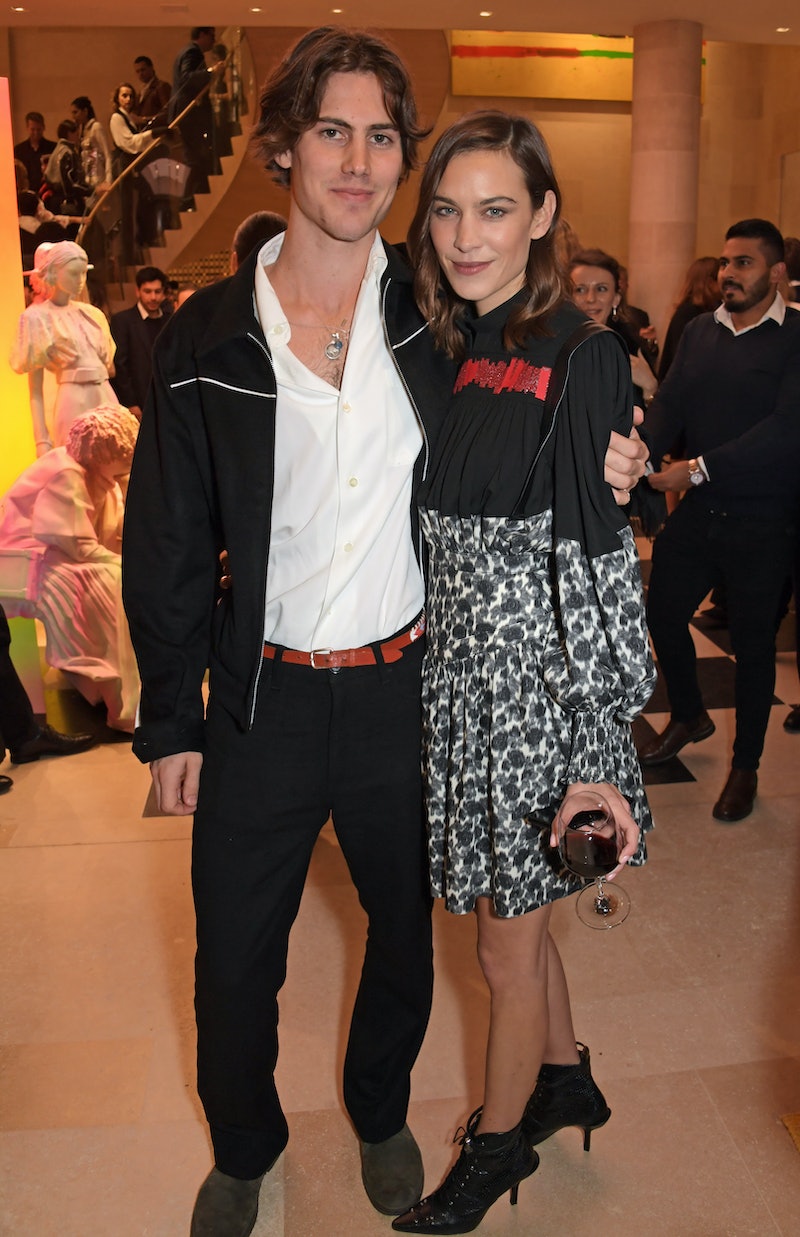 In 2020, nothing says "loved up" like wearing matching dressing gowns in lockdown, right? Well, Alexa Chung and her boyfriend Orson Fry took the trend to the next level back in March when they posted a snap in matching robes from the uber glamorous leisurewear brand Tekla. It was certainly a change of pace from the couple's pre-lockdown life when they were spotted wearing coordinated tailored outfits at chic London Fashion Week parties. I mean, same. They're one of the best dressed couples out there, but who is Orson Fry, and what else is there to know about him?

Both tall, lithe, with similar dark hair, it's easy to see how they've caught the attention of the fashion circuit. According to the tabloids, 24-year-old Orson Fry is the son of Cosmo Fry, a "descendant of the Fry's chocolate dynasty." After graduating from Bard, a prestigious New York art college, Fry has been gigging with his band Soundtown and working as a waiter, reports the Daily Mail.

It's not yet been revealed how exactly the two met, but Chung and Fry's relationship started piquing interest after they were papped kissing at All Points East Festival back in 2019. Per The Sun, the two "looked completely smitten."

The Next in Fashion presenter and designer has had a few high-profile relationships over the years. Her four-year relationship with Artic Monkeys frontman Alex Turner became the subject of many obsessive Tumblr pages before they called it quits in 2011. She was also linked to Coldplay's Chris Martin (now, that was a blast from the past). More recently, Chung was publicly dating Swedish actor Alexander Skarsgård before they split in 2017.

Following the end of the relationship, Chung wrote about the highs and lows of being single in an honest article for Vogue. "I attend on average five weddings per year. Alone. Beautiful, inspiring, moving weddings. Close friends marrying close friends in far-flung places that take months or years to plan. And as these couples slow-motion down the aisle under confetti showers, I’m there clapping and smiling and crying and planning where to stand to catch the bouquet," she shared.

"A few years ago in an interview I was asked to describe what love feels like, and for me at the time it was a matter of fact: 'Love feels like there is nothing you can do about it.' I was younger then – and smugger – but even on the other side of it, I believe that statement to be true," she wrote. My heart.