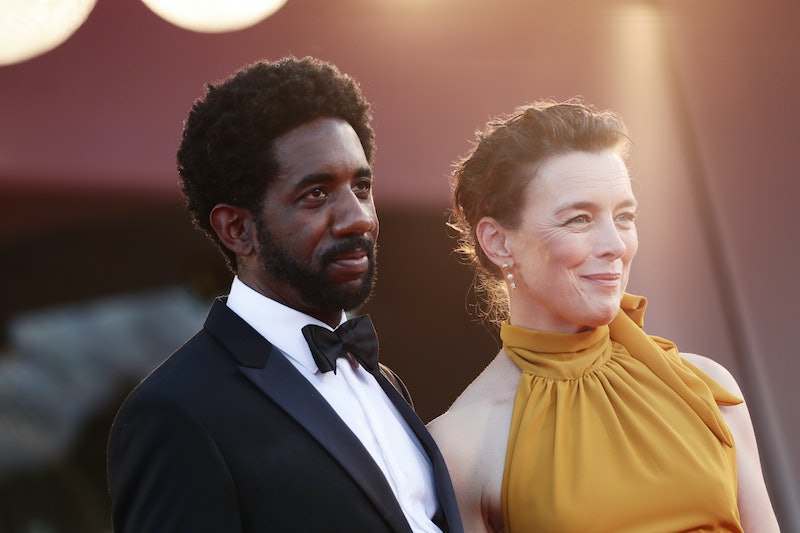 He plays Fraser, the husband of Theresa (Anna Maxwell Martin), who tries to assuage his wife’s concerns about their son’s unusual behaviour in the aftermath of another boy’s disappearance.

Stone is no stranger to a primetime drama — he’s starred in Finding Alice, Keeping Faith, and Apple Tree Yard. He has also had roles in Holby City, Casualty, Episodes, and Black Mirror.

While Stone clearly has a busy professional life, what about his personal life? Is he dating anyone?

Not only is he dating someone, Stone has actually been happily married since 2003. After studying at Mountview Academy of Theatre Arts, the actor worked at the Royal Shakespeare Company, where he met his wife Olivia Williams.

Williams is a fellow actor, and previously told the Evening Standard that while they exchanged phone numbers during their tenure at RSC, as they both had partners at the time, they didn’t go on a date until a mutual friend set them up seven years later.

Williams told the publication she had been worried the date might be awkward but was pleasantly surprised. “He turned up and he was this delightful, funny, sweet man,” she said.

Per the Evening Standard, the couple married and had their first baby Roxana within 18 months of the date. They later had another daughter Esme and she and her sister are now teenagers. Elsewhere in the interview, Williams shared details of her and Stone’s parenting style, noting: “We always said we wanted to be 50/50 parenting. It’s quite hard as a mum, because you want to say immediately, ‘Not like that, you’ll break her arm!’ but I wanted to share it all with Rhashan and for him to be as much a part of their lives as I was.”

They also shared how they make time for one another despite both having very busy schedules, often snatching a catch up in the back of a taxi while on the way to an event. “That’s when we get to talk, find out stuff about each other’s lives, what the children have said or done. It’s a moment of togetherness,” said Williams, with Rhashan adding: “Half an hour of peace, in a traffic jam.”