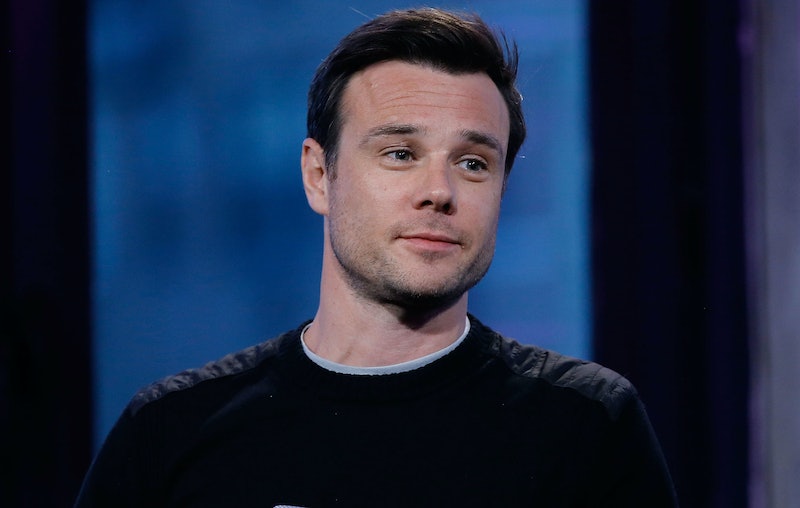 The hotly anticipated second chapter of Netflix’s Bridgerton adaptation is drawing ever closer, and news surrounding the upcoming new season is slowly beginning to emerge. This includes details of the show’s cast, which actor Rupert Evans has been confirmed to be joining for season two. But, who is Rupert Evans? Here’s everything you need to know about the Bridgerton newbie.

Rupert Evans is a British actor from Staffordshire, near Stoke-On-Trent. His love of acting began at an early age and he eventually studied his craft at the Webber Douglas Academy of Dramatic Art in London, from where he graduated in 2001. As noted on Evans’ official portfolio, the actor has an impressive string of film, television and theatre credits to his name. Most notably Amazon’s The Man in the High Castle and the U.S. fantasy drama Charmed, where he plays the charming and somewhat mysterious Harry Greenwood.

As mentioned, Evans’ latest role can be enjoyed in the forthcoming series of Netflix’s Bridgerton. Per Deadline, he joins the cast as the Bridgerton siblings’ late father, Edmund Bridgerton, who is described as a loving and devoted husband. The second season of the Netflix hit is based on the second book from Julia Quinn’s Bridgerton series The Viscount Who Loved Me, and will focus on Anthony Bridgerton’s search for true love.

Evans confirmed his portrayal of the Bridgerton family patriarch on social media with a caption that read, “If it’s in @deadline then it’s happening...”

To the disappointment of many, Regé-Jean Page will not be reprising his role as the dashing Simon Basset, and Ben Miller, who played the character of Lord Featherington in the show’s first run, will also not be returning.