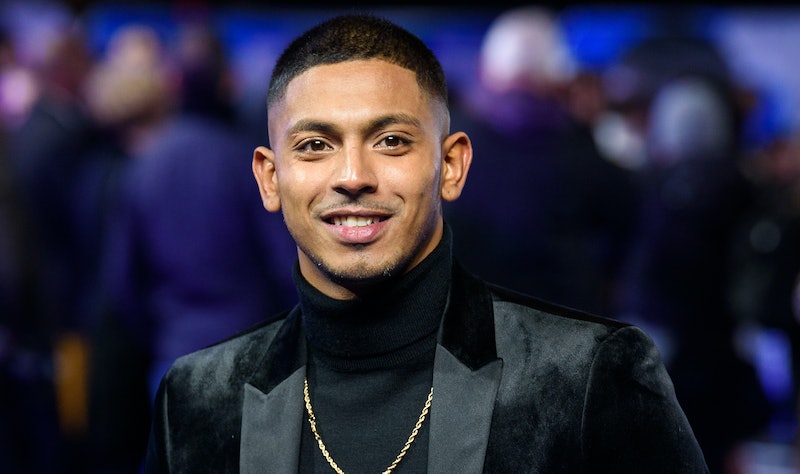 At the beginning of August, Little Mix dropped their latest single “Holiday” and provided fans with a hit to ride out the heatwave. After the release of the song Jesy Nelson set off for a well-deserved holiday of her own and was spotted in Cornwall sunning it up with a reported new love. Although representatives for the Little Mix singer denied the relationship rumours for weeks, Nelson seemingly confirmed the news via Instagram on Monday (September 1). The 29-year-old posted a video of her beau cooking on Instagram Stories, with the caption "God I'm a lucky girl." But who is Sean Sagar? It’s very likely that you’ll recognise the actor from one of BBC One’s most successful series’ and his brother’s a pretty big deal too.

While Nelson is in one of the most famous girl groups in the world, Sagar is no stranger to the limelight either. The 30-year-old TV and film actor is perhaps most recognisable for his role as Private Monk in BBC One’s Our Girl with Michelle Keegan and Rolan Bell. He entered the show in 2016 and was one of the lucky characters not to be killed off in season four which aired in April 2020.

Sagar got his first big break on TV in the UK in Season 1 of Top Boy. He was in three episodes of the Netflix series in 2011 and played Tareek. In 2013, he went on to play MC Poison in series three of Trollied on Sky One and in 2017 he starred alongside Michael Salami and Frieda Thiel in the BBC Three mini-series Just A Couple.

He's not stranger to the big screen too. In 2019 he starred in the NME award-winning film Blue Story as Skitzer. In the same year he also took on the role of Mal playing alongside Matthew McConaughey, Charlie Hunnam, and Michelle Dockery in Guy Ritchie’s The Gentleman.

While starring in two major films last year is impressive enough, Sagar also has a side-hustle — when he’s not acting in front of a camera he’s serving looks. Sagar is signed to MiLK Model Management and you only have to check out his Instagram to see why. Not only is he seriously shredded but he’s got great style.

With a CV that includes award-winning films and major BBC drama', there’s no denying that Sagar’s career is on the up. However, it’d seem acting is in his blood. His older brother, Nick Sagar, has had a long acting career spanning back to 2009. He starred in The Princess Switch in 2018 with Vannessa Hudgens and as Russell Rogers in Supergirl on The CW.

Aside from famous siblings Sagar keeps a lot of his personal life private. Much of his social media is pretty work focused. Could that be about to change?

This article was originally published on Aug. 10, 2020