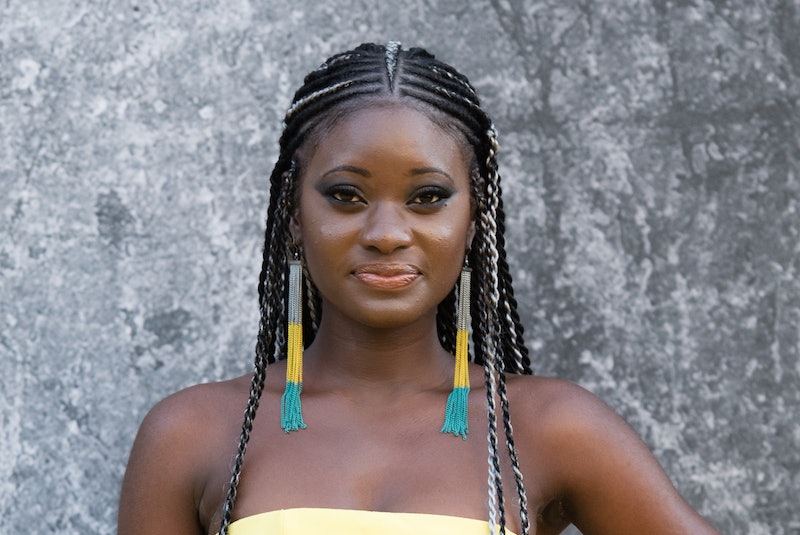 The cast and crew of BBC’s long-standing mystery drama Death In Paradise has jetted back to the beautiful Caribbean island of Guadeloupe to film its 11th series (jealous, who? Us?). The upcoming season is set to be a thrilling watch as Detective Neville Parker (played by Ralf Little) and co delve back into the world perplexing criminal cases on the island. But who is Shantol Jackson, the actor playing Death In Paradise’s new ambitious young sergeant Naomi Thomas?

Jamaica-raised Shantol Jackson is touted as one of the island’s “rising actors” per IMDB, having starred in the Idris Elba-directed film Yardie in 2017. For Jackson, the film, which premiered at the Sundance Film Festival, was “true to the culture” of Jamaica. “Idris wanted the film to be as authentic as possible,” she told GRM Daily at the time.

While having also featured in another Jamaican-based film Sprinter, starring Usain Bolt, Jackson is said to be quite new to the acting business, with just five years under her belt. Nonetheless, signs say we’ll be seeing a lot more of the fresh talent on our screens over the next few years.

Death In Paradise is a brand new challenge for Jackson, 28, who will be taking on the role of Naomi Thomas, described by the BBC as a “gifted” young officer. As the synopsis teases, Naomi Thomas will join the series having moved from a neighbouring island to join the Saint Marie Police, however, having come from a smaller force, “will her lack of experience get the better of her?”

Shantol shared news of her upcoming TV role to Instagram yesterday (June 8) alongside a beaming photo of herself holding a film clapperboard that reads “Death In Paradise XI — we have started filming.” In the caption, she shares that she is “elated” to join the cast.

In another statement shared via BBC, Jackson described the experience as “surreal.”

“I'm so grateful for this amazing opportunity to join the cast of this fun-filled, entertaining series,” she stated, adding “I used to watch Death in Paradise with my dad in Jamaica years ago when it just started and to now be in the show, knowing that he'll be watching me, it's truly a surreal moment. Looking forward to adding to the magic!”

The BBC promises “even more mysterious murders, guest stars galore, huge surprises and plenty of twists” when Death In Paradise return for its 11th and 12th series.

This year, the much-loved series celebrated its tenth anniversary in January after the cast and crew successfully filmed the programme throughout the pandemic.