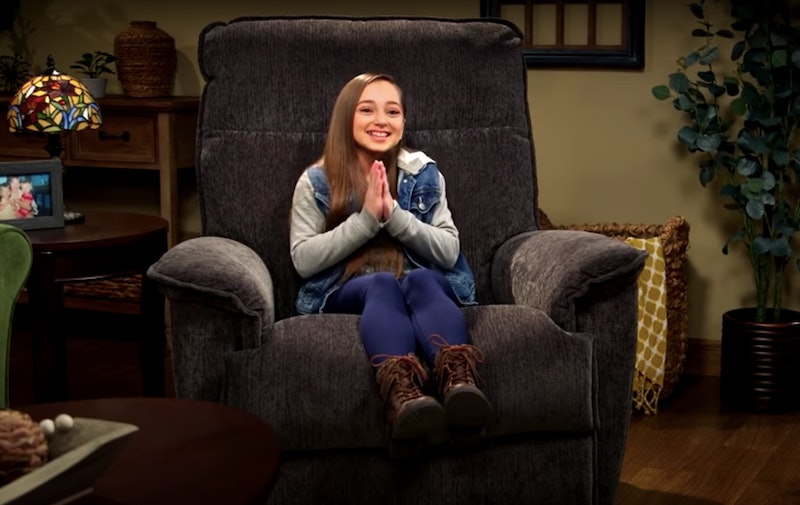 Shauna Rae wants to be taken seriously as a 22-year-old, but she can’t stop the world from seeing her as a child. The Pennsylvania native, whose TLC series I Am Shauna Rae premieres Jan. 11, is “stuck in the body of an 8-year-old” after being diagnosed with brain cancer at just six months old. Because of the chemotherapy she received as treatment, her pituitary gland was rendered essentially dormant. "The doctor told me I was done growing. My bones were fused,” she explains on the show. Now, she stands at only 3’10”.

“If you were to look at me, you’d think I was just a normal little girl, doing normal little girl things,” Shauna says. “But the truth is I’m not a little girl, I’m a woman.” The world around her still struggles with this reality, as evidenced by the bartenders, gym employees, and tattoo artists who immediately mistake Shauna for a child. Shauna wants to be independent, but it’s difficult when everyone else sees her as a kid.

“When I first heard about Shauna Rae, I couldn't stop asking questions,” TLC President Howard Lee said in a statement ahead of I Am Shauna Rae’s premiere. “I was fascinated by her life and it became quite clear TLC needed to tell her story. Similar to so many series on TLC, hers is one with its own unique set of challenges and she faces those with courage, heart, and a punch of sass."

Here’s everything else to know about Shauna before the show.

I Am Shauna Rae will prominently feature Shauna’s family — most notably her parents, Scott Lesnick and Patricia Schrankel. In the trailer, a tearful Patricia says she feels “guilty” about the challenges Shauna has had to face as an adult. "She will have to go through this for the rest of her life. So all I can do is protect her," she says tearfully.

The trailer also shows that Shauna’s parents have had their own difficulties accepting that she’s growing up. In one scene, Scott puts Shauna through a line of questioning while she’s trying to leave the house. “I’ve tried to put my foot down,” Shauna says in a voiceover.

Of all of Shauna’s struggles, dating may be one of her most difficult. "I attract creeps, assh*les and idiots," she tells the cameras. Still, she’s not letting that deter her. "It is scary to put myself out there but you have to put in some risk to get happiness,” she says in the trailer. “I'm determined to make this year my year to shine.”

Shauna is on Instagram, but she’s not very active. Her page has only four posts in total: a head shot, some radio promo, a video of her sibling graduating, and a photo of the whole family during the holidays. “I listened when my Mama told me to not grow up,” her bio reads. There’s also a link through which people can buy cameo videos