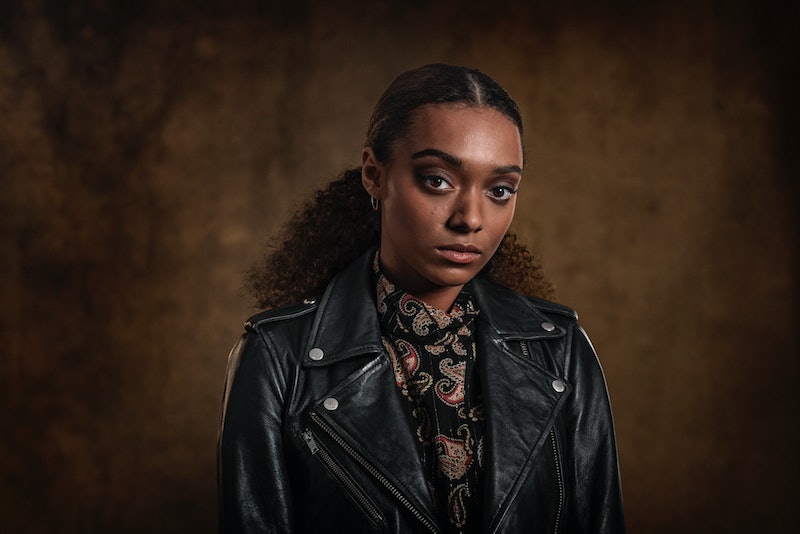 If you’re after some more drama following the end of BBC’s Showtrial, then you’re in luck because the network has yet another thrilling series up their sleeves: You Don’t Know Me. Based on the book by criminal defence barrister Imran Mahmood, the series stars Angela Black’s Samuel Adewunmi as Hero, who’s been accused murder.

Despite the overwhelming amount of evidence stacked against him, Hero is convinced he didn’t commit the crime and instead puts the blame on Kyra, a young woman played by Sophie Wilde, who he met on a bus two years prior and became romantically involved with. But who is Sophie Wilde, and what have you seen her in before?

Born and raised in Australia, Wilde always knew she wanted to become an actor from a very young age. Wilde’s grandparents “instilled a love of live drama,” she told Marie Claire, but it was Aubrey Hepburn’s performance opposite Gregory Peck in Roman Holiday that truly solidified her dream of working in the performing arts. And by the time she turned five years old, Wilde had already enrolled in classes at the National Institute of Dramatic Arts (NIDA) as well as the Australian Theatre for Young people.

Wilde went on to study at the Newton Performing Arts High School, before enrolling at NIDA once more to further her career and interest in Applied Theatre. Alongside performances in NIDA stage productions, Wilde also starred in external plays like Belvoir’s Summerfolk and Bell Shakespeare’s Hamlet.

Her first on-screen role came in 2020, after auditioning for the Australian series Eden. Speaking about the getting the part, Wilde said that Eden was the “first audition where she had gut-certainty that it was the right role,” as she explained to The Age. The Australian drama changed her life completely, from living on her own for the first time to landing a role on a BBC drama as well as a handful of other projects including a new adaptation of Henry Fielding’s period novel The History of Tom Jones: A Foundling.

With two pretty major British dramas under her belt, Wilde has been doing a lot of research in nailing the accent. Working with a dialect coach who she now considers a best friend, Wilde has been doing a couple hours of studying each week. “I think it’s quite easy to nail the vowel sounds,” she told the BBC, “but practically getting out of your Australian intonation and into a London intonation is really difficult.”

Thankfully, Wilde had plenty of British talent to get inspiration from. “We looked at people like Michaela Coel, Little Simz, and listened to the way they talk and tried to emulate that,” Wilde explained. Check out the accent for yourself in You Don’t Know Me, which starts on Sunday, December 5 at 9 p.m.