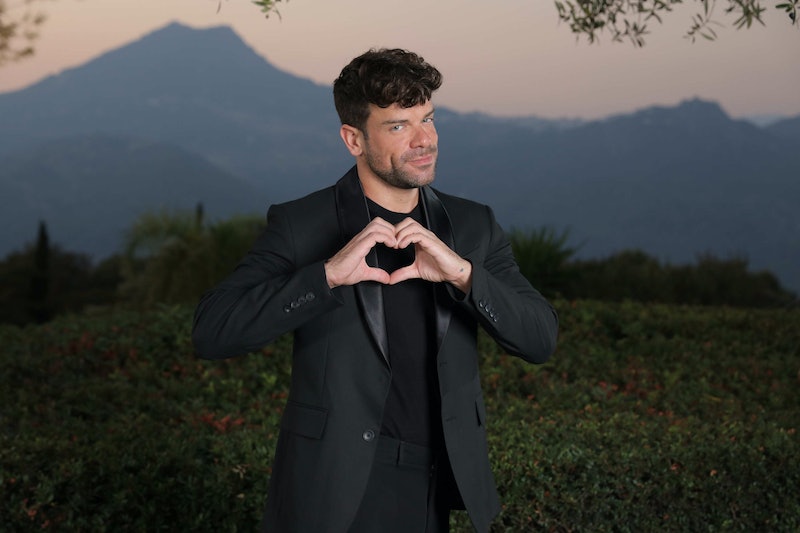 Channel 4’s intriguing new reality dating series The Language of Love will ask “Can love blossom if you don't speak the same language? as it pairs a group of Brits and a group of Spaniards at a dreamy Spanish country estate to see if they can find romance. Channel 4’s bilingual dating show is hosted by TV regular Davina McCall, alongside a Spanish singer and actor who it turns out is no stranger to reality TV. Yet who is The Language Of Love’s Ricky Merino, the Crossfit and Spice Girls-loving co-host?

Ricky Merino has appeared on the Spanish talent show Operación Triunfo which, as he explains to Channel 4 is “kinda like The X Factor of Spain.” Merino is originally from Mallorca and has just released his first solo album, collaborating with Ruth Lorenzo, who was on The X Factor UK, and Eurovision’s Conchita Wurst.

Merino is also appearing in Ghost: The Musical playing the male lead, Sam Wheat or rather, "the Spanish Patrick Swayze".

Off the stage, Merino, 35, says he is “obsessed with CrossFit” which by the looks of beachside Instagram photos, is very evident. To his 200,000 strong followers, Merino regularly shares snaps from his gym sessions, behind-the-scenes from acting gigs, and his page also features cameos from his other obsession, The Spice Girls.

As he told Channel 4, “Since I was a little child, maybe because of my love of the Spice Girls, I always had my eye on British television and music, so it’s going to be amazing being a host on UK television.”

Now fronting a British TV show, the talent who speaks three languages (Spanish, Catalan and English) will be helping Davina McCall interpret the love connections on the new show.

“I’m so lucky that my first time I’m going to be on British TV is going to be next to Davina,” he told Channel 4, and it seems Davina McCall is over the moon with her new co-host, telling tabloids enthusiastically, “He’s exactly my type!”

And the pair are hitting it off, with Merino admitting McCall has taught him a thing or two about British culture. He said, per Channel 4: “I asked Davina, ‘Why do you British people always wear socks with flip flops when you come to Mallorca?’ and ‘What is gravy made of?’ and she didn’t know.”

The Language Of Love series is set to put an unusual spin on holiday romance, something which Merino, who is openly gay, believes everyone should experience at least once.

“I have had a holiday romance in the past, but not with somebody from another country. A holiday romance doesn’t need to be the final romance in your life – it’s not like you have to marry that person, but you need to experiment with that,” he shared, adding that more people should “step out of their comfort zone.”