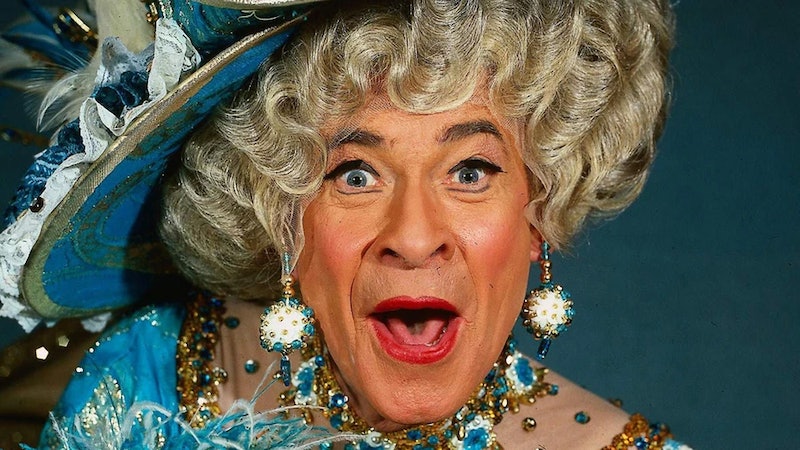 From his early days entertaining the Army, to having a hugely successful BBC TV series, Stanley Baxter is one of the most successful entertainers in British history. At 95, the Scottish star has achieved things that some could only dream of and his incredible career has been celebrated in a Channel 5 documentary, Stanley Baxter's Best Bits... And More. So, who is Stanley Baxter and how did he make a BAFTA-winning comedy giant? Here’s what you need to know.

Baxter was born in Glasgow in 1926 and began his career as a child actor in the Scottish edition of BBC’s Children’s Hour. He went on to perfect his comedy skills within the British Army’s Combined Services Entertainment Unit before returning to Glasgow and beginning his work at Citizens Theatre, before going on to do pantomime shows as well.

By that point, his many TV impressions were famous throughout Britain. He most famously was one of the first TV comedians to impersonate the Queen. Rocking silk gloves and a tiara, he announced himself as the Duchess of Brendagh, while delivering a Christmas message that talked of the Queen Mum as a priceless antique.

As well as being a star on stage, TV, and radio, Baxter also appeared in a number of films including Very Important Person (1961), The Fast Lady (1962), and Father Came Too! (1963). The funnyman also won two Bafta awards and one Bafta Scotland Award during his career, before he was given the Lifetime Achievement Award at the British Comedy Awards in 1997.

Baxter married actress Moira Robertson in 1951 and they lived together in London until she passed away in 1997. However, in August 2020, Baxter surprised the nation when he came out as gay aged 94 in his authorised biography The Real Stanley Baxter, written by Brian Beacom.

Baxter described his discomfort with his homosexuality in the book, writing: "Anybody would be insane to choose to live such a very difficult life. There are many gay people these days who are fairly comfortable with their sexuality, fairly happy with who they are. I’m not. I never wanted to be gay. I still don’t."