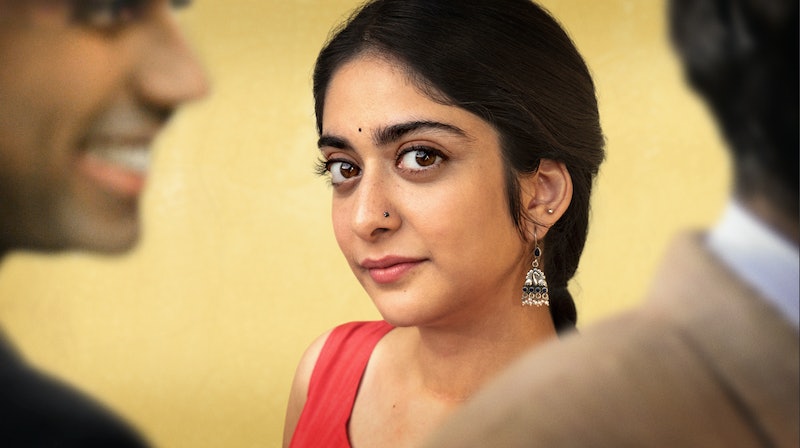 Adapted from Vikram Seth's classic novel of the same name, the BBC's A Suitable Boy takes place in 1950s India, and follows the story of a spirited university student in the wake of the country's newfound independence. Adapted by Andrew Davies, the cast of the drama includes some of the biggest names to emerge from Bollywood. But who is Tanya Maniktala, the actor who plays Lata in A Suitable Boy? Here's everything you need to know.

As Cosmopolitan reports, Tanya Maniktala is an acting newcomer, and perhaps best known for her debut role in the Indian TV series Flames. She previously studied at Shivaji College, Delhi University between 2015 and 2018, where she later graduated with a Bachelor of Arts degree in English literature. Maniktala's latest gig can be enjoyed in the BBC's A Suitable Boy, during which she appears in a central role — despite being the actor's second ever on-screen project.

Tanya portrays the character of Lata, a determined university student who rejects her mother's attempts to find her a suitable husband. She is joined in the show's cast by Bollywood star Ishaan Khatter of Beyond the Clouds and Dhadak fame, the Life of Pi's Tabu, among others.

As per the Radio Times, the six-part series centres around the fortunes of four large families in North India in 1951 — a time in which the nation began to adjust to independence and prepare for its first election. The period drama is adapted from one of the longest novels in the English language, and Andrew Davies, best known for his work on Pride and Prejudice and Sanditon, was tasked with reimagining the classic tale for television.

"I am truly thrilled to be chosen by Vikram Seth to adapt his masterpiece A Suitable Boy for the screen," Davies commented, discussing the BBC's latest offering. "It’s a charming, almost Austen-esque story, with a delightfully relatable heroine, set against the turbulent background of India in the years following Partition."

“It has been a total joy to work on, and I hope that audiences will love it as much as I do," he concluded.