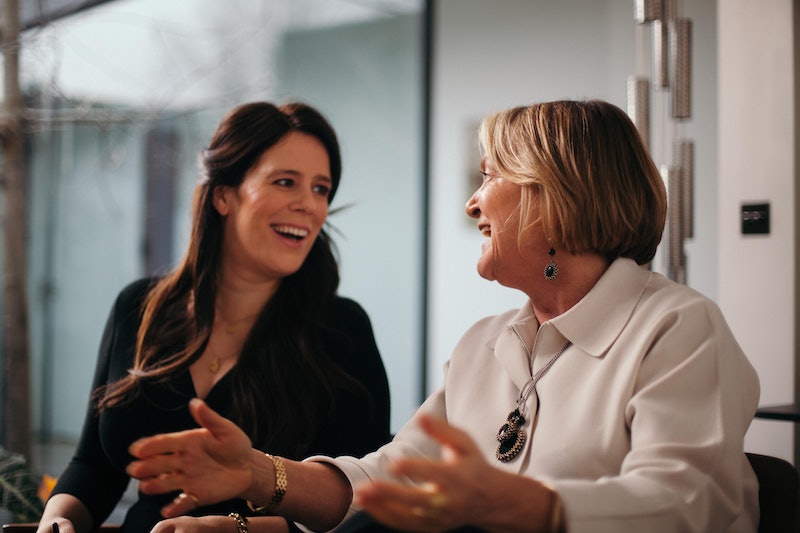 Forget Married at First Sight, it’s all about Strangers Making Babies. That’s the premise of a new show on Channel 4, where a group of women are guided by fertility specialist Marie Wren and matchmaking expert Gillian McCallum as they find the perfect platonic partner to co-parent with. While the co-parenting part may less relatable for some, the matchmaking aspect is certainly intriguing. So, who is Gillian McCallum, and how can you sign up for her dating service?

Before becoming a dating expert, McCallum had her own headhunting business where she matched wealthy clients with employees. McCallum then became the CEO of the personal matchmaking service Drawing Down The Moon (DDTM) in 2016. Known as the UK’s “oldest and best known personal introductions agency” according to the Telegraph, the company offers a wide range of services from matchmaking to date coaching, and styling advice.

The team at DDTM also includes its founding member Mary Balfour, who describes the agency’s mission as simply to “help you find and keep that ultimate loving relationship” that will “leave you feeling amazing and utterly delighted”.

If this sounds like something you’d be interested in, it does come with a fee. While it’s easy enough to apply for DDTM’s service, it may set you back somewhere between £950 to over £4,000 for a year’s membership “depending on the level of service,” per the Independent. There is a way to experience some of that service for free, however, as the agency has its own internet dating site called Love and Friends, which “is also designed for intellectual singles”, much like their matchmaking service.

For an insight into how Gillian McCallum’s matchmaking skills work, you can of course also catch her tonight on Channel 4, where she’ll be pairing up would-be parents in platonic partnerships, “without the complication of finding love first”, as C4 neatly puts it.