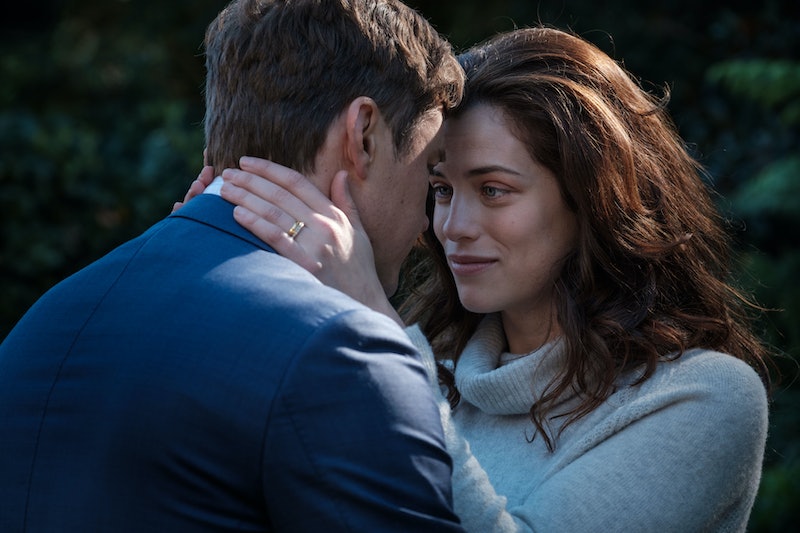 Based on true events and crime writer Michael Robotham’s bestselling novel, The Secrets She Keeps follows the story of two women from completely different walks of life, who forge an unlikely relationship after a chance encounter. The series has kept viewers gripped following its BBC debut but there are some questions left unanswered, especially surrounding the identity of Benjamin's dad. So, will we ever find out who Baby Ben's father is in The Secrets She Keeps? Or will things remain a mystery?

Unfortunately, the latter looks more likely. It seems that the identity of Ben's dad may never be revealed, but luckily there are some clues for those who want to take an educated guess.

Needless to say: if you're hoping to avoid any potential spoilers, look away now.

In the drama's second episode, it was revealed that Meghan, played by Jessica De Gouw, had cheated on husband Jack with his best friend Simon — who becomes convinced the baby might be his, demanding a paternity test. Meghan later swaps baby Ben's DNA sample with a test taken from her and Jack's other child. So, although the DNA test results show Jack to be Ben's dad, his father's true identity is not confirmed.

As mentioned previously, the series is based on Michael Robotham's acclaimed novel of the same name, during which the identity of Benjamin's father is also never disclosed. In the novel, Simon takes a DNA sample in the penultimate chapter. However, as Entertainment Daily reports, the result is left up to the reader's imagination.

Set within an affluent Sydney suburb, the six-part drama centres around supermarket shelf-stacker Agatha (Laura Carmichael) and mummy blogger on the rise Meghan. The women come from vastly different backgrounds, but manage to connect over their shared pregnancy experience. However, both have secrets which have the power to completely upend their lives, and Agatha's obsessive behaviour becomes increasingly unnerving.

The Secrets She Keeps is currently airing on Monday and Tuesday evenings at 9 p.m. on BBC One. Alternatively, you can enjoy the series in its entirety on BBC iPlayer.

More like this
Twitter Is Burning As Phoebe Dynevor Reveals Daphne’s 'Bridgerton' Exit
By Sophie McEvoy
Helena Bonham Carter Doesn't Think 'The Crown' “Should Carry On"
By Sam Ramsden
'Happy Valley' Recreated This Moment From S1 In Its Penultimate Episode
By Sophie McEvoy
'The Last Of Us' Has Officially Been Renewed For Season 2
By Darshita Goyal
Get Even More From Bustle — Sign Up For The Newsletter
From hair trends to relationship advice, our daily newsletter has everything you need to sound like a person who’s on TikTok, even if you aren’t.