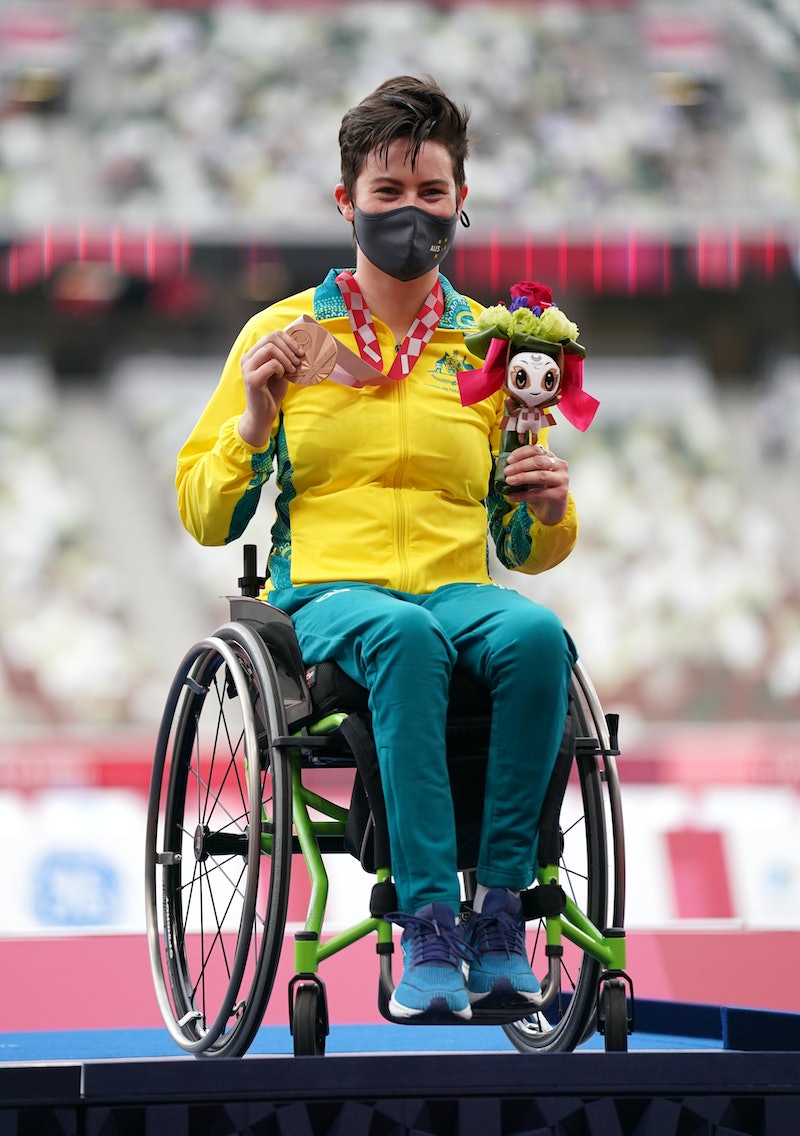 Team Australia wheelchair racer Robyn Lambird has made history at the Paralympics as the first out non-binary athlete to win a medal. The 24-year-old said it had been “almost a 10-year dream” to compete in the Women’s 100-metre T34 sprint and walk away with a bronze medal. And over their career, they’ve used their platform to raise up other non-binary and LGBTQ+ athletes. Here’s everything you need to know about Robyn Lambird.

Following their win, Lambird said, “I just want to show all the kids out there – with disabilities or not – if you have a dream, chase it. There’s always a way and you can find that way.”

Lambird was born in the UK, in Darlington but has been living in Perth and represented Team Aus for the first time in 2021. Outsports said that the athlete only started taking wheelchair racing more seriously in 2016 and saw the Tokyo Paralympics as their ultimate goal.

Lambird competed and impressed at the world championships which helped them secure a place in the Team Aus Paralympics squad. “It’s been a crazy 6-year journey with plenty of ups and downs but I can truly say it’s a dream becoming a reality,” they wrote on Instagram.

Outsports notes that Lambird is just one of a record number of out LGBTQ+ and gender nonconforming athletes to take part in the Tokyo 2020 Olympics and Paralympics.

In an interview Mamamia, Lambird explained that they’ve been breaking down preconceptions about gender presentation and disability since they entered the world athletics stage. They were diagnosed with cerebral palsy when they were nine and said, “you hear that disability is something tragic, that you’ve been in some kind of accident and it turns your life upside down. That might be the way some people feel, but for a lot of people, it’s just a part of who they are. [For me] it impacts who I am as much as the fact that I’m queer, or that I’m a uni student, or anything else.”

And when they’re not racing down the track they’re busting ableist misconceptions about disability and sexuality. Lambird models alongside racing and has secured collaborations with PrettyLittleThing and Love Honey.

In one post they wrote, “For too long people with disabilities have either been desexualised or fetishised, and it’s time we got to take control of our own sexuality and the way our bodies are presented to the world. So heck yeah, Hot Disabled Summer, Hot Disabled Winter, Hot and Disabled Every Damn Day.”

Tokyo 2020 may be Lambird’s first Olympics but it’d seem they’re only just getting started.