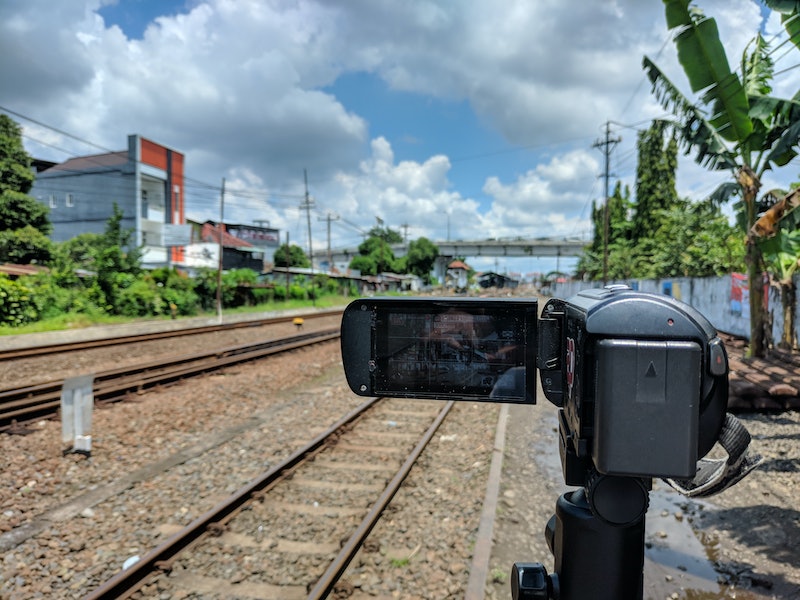 Trainspotting may not be something that immediately comes to mind when talking about social media viral sensations, but Francis Bourgeois is not your average trainspotter. If you’ve been on TikTok recently, chances are he’s popped up on your ‘For You’ page, where he takes viewers along to watch trains (and his reactions to them) from a rather distinct angle. But Bourgeois has also become the latest internet talking point due to some of the other passions he has in life and it’s safe to say it has left people slightly confused.

Bourgeois’ videos involves taking his viewers along for the (train) ride but from the view of the GoPro strapped to his head which makes for very unique and wholesome viewing. The train fanatic has amassed over 30 million likes on TikTok for his videos, and quickly became an online sensation. But who is Francis Bourgeois, and where exactly did his love of trains come from?

As much as we’d like to believe it’s pure coincidence that the 21-year-old shares his name with one of King George III’s court painters, Bourgeois seems to have borrowed the name from the 18th century artist. In fact, his real name is Luke Nicolson, revealed by The Tab in Nov. 2021.

Nicolson is a Harlesden, North West London, native. In an interview with This Morning, he said he’s always been a trainspotter, and would watch the Bakerloo Line from Willesden Junction with his parents, which showed him “how amazing trains are.” Nicolson would spend the day at stations watching the trains go by, and then draw them from memory once he got home.

The University of Nottingham engineering student moved to Somerset aged seven. He told The Face that secondary school was the start of him suppressing his love for trainspotting, in fear that he wouldn’t fit in with his classmates. However, he decided to not people’s thoughts or judgements get in the way of his passions. ​​“Coming to university, I’ve turned a new page and allowed my passions to [flourish] and not be held down. It’s made me a lot happier,” he explained.

Although his love of trains is what makes his fans stick around, Nicolson initially got into TikTok by editing Instagram Lives of him chatting with celebrities including Digga D and Billie Eilish. On Nov. 9, he posted a video to his 1 million Instagram followers with football legend Thierry Henry, gifting him his very own train whistle.

And it appears these are not his only interests; Nicolson is signed to Brother Models and has been spotted raving at Manchester’s Warehouse Project. His love for electronic music was also recently uncovered by Mixmag where they found an electronic song, 'Whatley Quarry', that was written by Nicolson.

Nicolson dressing in streetwear and raving to electronic music has caused quite the stir.

However, many have come out to defend Nicolson and his varied interests.

You don’t have to be a fan of trains to sense the enthusiasm and joy that radiates off of Bourgeois in his videos, which offer a much-appreciated escape from the stresses of everyday life. He hopes to become a civil engineer one day, stating: “I can’t wait to get started. I hope I spend the rest of my life working on the railways and trying to make them better for everyone.”