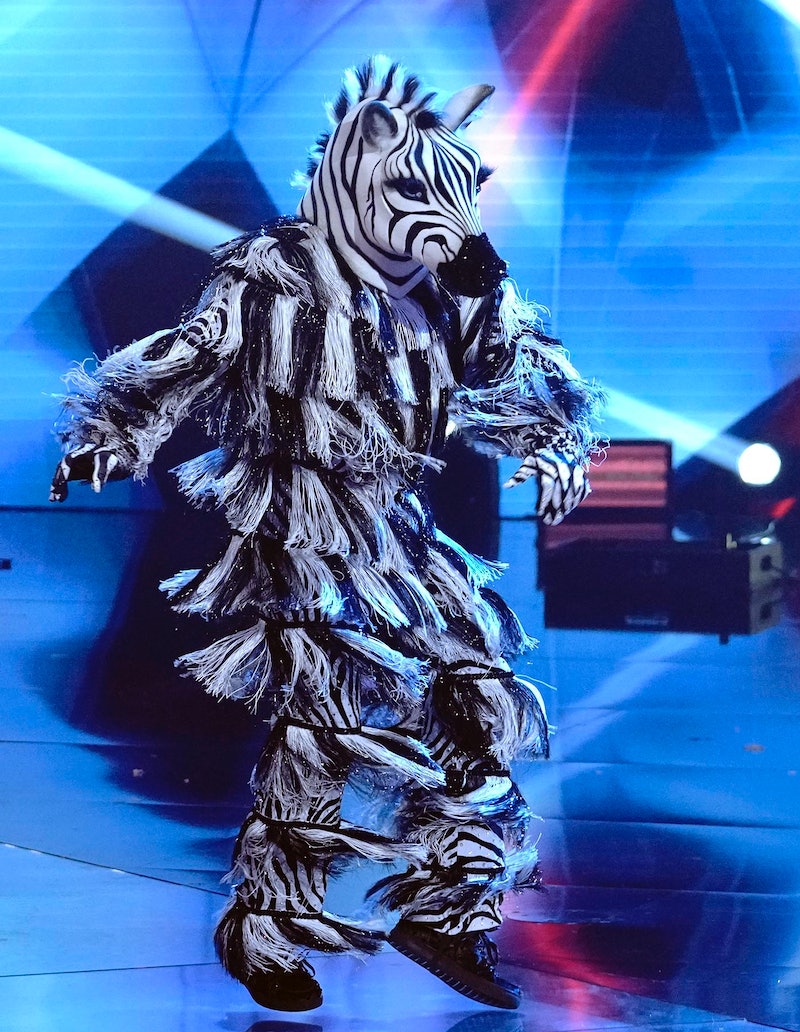 We're only two weeks into the first season of Masked Dancer, but the judges already seem to have their eye on the Zebra as a potential frontrunner. In a preview for the Jan. 6 episode, panelist Ken Jeong said the black-and-white fringed figure "may be a trained dancer who is hiding his moves." Brian Austin Green agreed, adding that they could be "a performer who moves really well," noting that Zebra was constantly moving. "People that dance, dance all the time," Green said. "They always have that rhythm going."

On Instagram, The Masked Singer gave one clue about the Zebra's identity — that one of their favorite Christmas songs is "Feliz Navidad." Based on those observations, here's who fans think is in the costume.

Lopez is no stranger to professional dancing. He's performed on Broadway and placed second on Season 3 of Dancing With The Stars. Redditor BurtMacklin_FBI__ also pointed out that he recently starred in a film called Feliz NaviDAD, which tracks with the first clue.

A former Glee cast member *would* be an ideal candidate for a show like this. There's no doubt that McHale has rhythm, and he even iconically performed "Feliz Navidad" as Artie Abrams. This also wouldn't be his first celebrity talent show — in 2019, he competed on X Factor: Celebrity.

Some viewers think the zebra costume may be a clue in and of itself, and that the "Z" could stand for Zendaya. She'd definitely be classified as a trained performer: she rose to fame in the dance-themed Disney Channel series Shake It Up and went on to flex those muscles on Dancing With The Stars and in The Greatest Showman.

Multiple comments under the Zebra's first Instagram clue guessed actor and comedian Chris Rock could be behind the mask, mostly because he played Marty the zebra in Madagascar. A few others guessed Jason Derulo, who is certainly a trained dancer and Ashley Tisdale says his name in a preview.

More like this
The New Bachelor Will Be Announced Next Week & Here Are The Top Contenders
By Grace Wehniainen
Why Did Lace's Fake Her Birthday On 'Bachelor In Paradise'?
By Kadin Burnett
Bachelorette Gabby Kissed Her New Fiancé On 'Dancing With The Stars'
By Jake Viswanath
The 'Bachelor In Paradise' Schedule Shifts To 4 Hours Every Week After The Season 8 Premiere
By Brad Witter
Get Even More From Bustle — Sign Up For The Newsletter