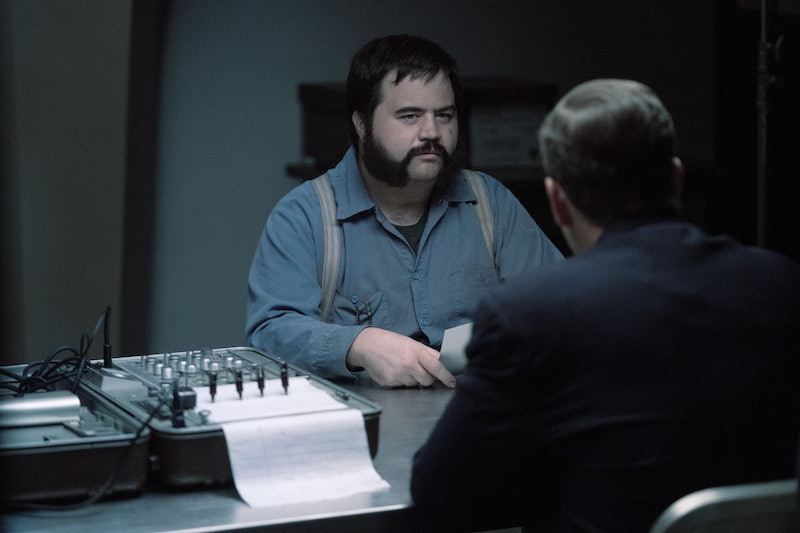 Though investigators suspect he may have killed up to 40 women, Larry Hall has only ever been convicted in one case: the 1993 kidnapping of Jessica Roach, which Apple TV+’s Black Bird revisits in Episode 5. Last seen riding a bicycle near her family’s Georgetown, Illinois home on September 20, 1993, the 15-year-old high school sophomore remained missing for six weeks, despite extensive search efforts. Then, on November 8, Roach’s remains were found about 20 miles away on a farm near Perrysville, Indiana. Because the teen’s body had been mutilated by a farmer’s combine prior to the discovery, investigators were unable to establish a cause of death or gather any substantial physical evidence.

Nearly a year later, investigators got a lead when two young girls in Georgetown reported a man following them in his van; the girls took down his license plate number. Investigators traced the vehicle back to Hall, and on November 2, 1994, Vermilion County Sheriff's Investigator Gary Miller traveled to Hall’s Wabash, Indiana home to question him about the incident. Though Hall admitted that he stopped and spoke to the young girls, he denied any wrongdoing. After connecting him to several other instances of local teens being followed, a sergeant asked him to come to the Wabash Police Department for questioning about Roach’s abduction.

At the station, police showed Hall a photo of Roach. “He immediately flinched,” Miller recalled to CNN in 2011. “He turned to his right and put his hand up over his face like he didn’t want to see the picture. And he told me he didn’t think he'd ever seen that girl.” The investigator added that he believed Hall forced Roach into his van on the roadside near her home, but after several hours the police released him.

With the FBI now involved, police brought Hall back in for questioning on November 15, with the session lasting over 17 hours. Hall refused a polygraph, and there were no notes or recordings of the interrogation. Instead, an FBI agent wrote out a narrative statement and asked Hall to sign it. In the written confession, he admitted to tying up, raping, and strangling Roach with a belt until she stopped breathing, according to CNN’s report. What’s more, he claimed he’d abducted several other girls but couldn’t remember which ones he’d hurt. Hall was immediately booked into the Grant County Jail in the early hours of November 16, 1994.

The next day, however, he recanted his confession. “Why I was just tellin’ you about my dreams. That didn't really happen,” Hall reportedly told Miller. Though investigators found newspaper clippings about Roach’s disappearance and altered pornographic photos at Hall’s home, he claimed that he’d staged the evidence to gain attention and feel important. Regardless, on December 21, Hall was charged in a one-count indictment with the offense of kidnapping Roach for purposes of sexual gratification and transporting her across state lines from Illinois to Indiana.

During his 1995 trial, the defense argued that Hall’s personality disorder rendered him susceptible to suggestion and eager to please, thus leading him to confess to a crime he didn’t commit to gain approval from the interrogating officers. Though his team moved to suppress the confession as evidence, the judge denied the request. After an eight-day trial, the jury convicted Hall, who was sentenced to a mandatory term of life in prison.

However, a judge granted Hall’s appeal in August 1996, vacating his conviction and ordering a new trial, which began a year later. In December, a jury again found him guilty of the same crime, with his original sentence remaining in effect.

During his second appeal attempt in 1999, Hall offered theories about who really killed Roach. Though they weren’t permitted to introduce the hearsay statements at trial, the defense claimed to have multiple associates of a man named Lester O’Toole on record stating that he’d admitted to involvement in Roach’s kidnapping. The court ruled that there was insufficient evidence of the “trustworthiness of the statements” to justify admission.

Hall also pointed to the fact that a man named Keith Goble confessed to attempting to rape Roach and then dropping her off in an Indiana cornfield. Goble first landed on the police’s radar when he showed up at the funeral home and asked to see Roach’s body. After searching his car and residence, investigators found no evidence to corroborate his confession, which they ultimately deemed unreliable.

In the end, Hall’s second appeal was denied, and as of 2022, he is still serving his life sentence without the possibility of parole at North Carolina’s Federal Correctional Complex, Butner. Meanwhile, the case of Roach’s kidnapping and death is considered closed.

More like this
This New TV Show Revisits The Most Controversial True Story From Hurricane Katrina
By Brad Witter
Dr. Anna Pou Is Still Practicing Medicine After Facing Murder Charges
By Brad Witter
The 'Black Bird' Stars Are Both Heading Back To Apple TV+
By Brad Witter
Anthony Templet Wants To “Live Normally” After Killing His Father
By Brad Witter
Get Even More From Bustle — Sign Up For The Newsletter