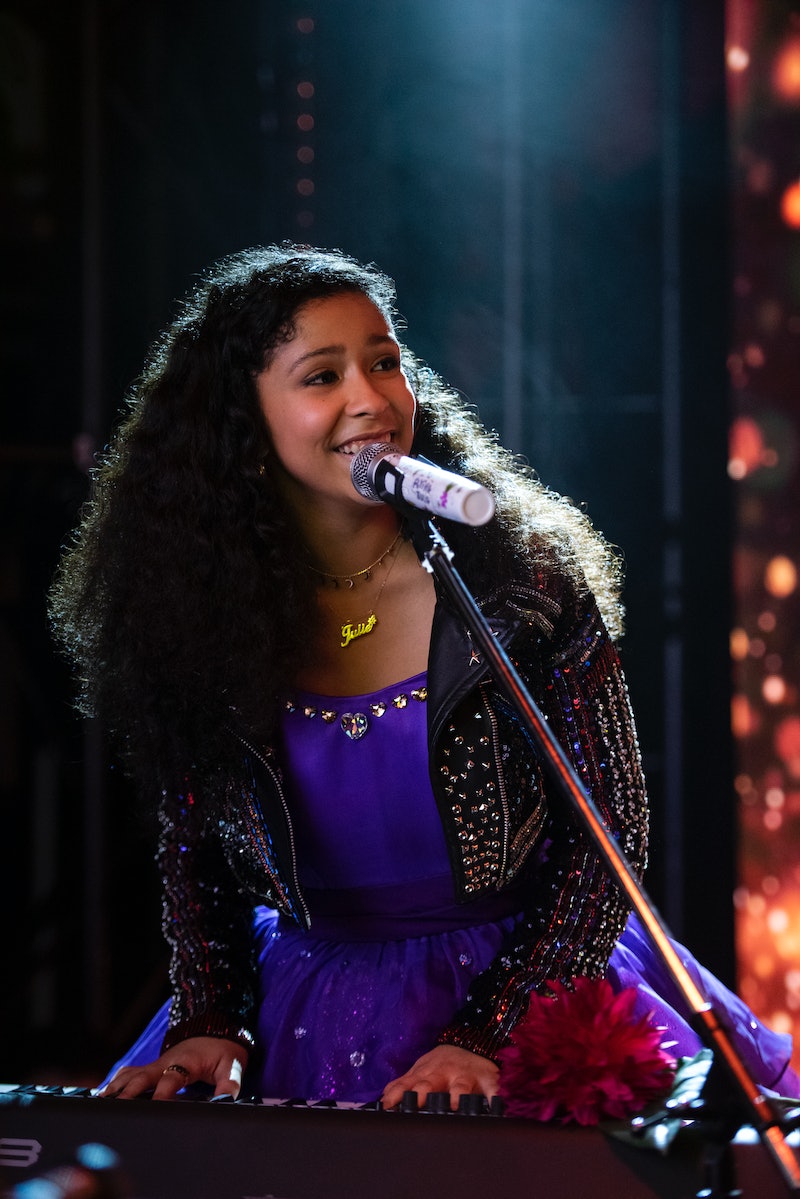 As a high schooler who forms a band with three ghosts, Madison Reyes is far from an average teenager as Julie on Julie and the Phantoms. But in real life, she's still a regular kid. "My hope is to put a smile on people's faces with the work I do. Being a good person never gets old, so what I do for a living doesn't define me, but how I treat people does," the 16-year-old actor wrote in her first Instagram photo, posted earlier this summer.

The show doesn't just mark Reyes' first big role — it marks her first role period. But she still has "everyday teenage problems" even if she also now has billboards of her face up in Times Square, she promised in the same post. In fact, as soon as filming for Julie and the Phantom wrapped, Reyes went right back to her regular life. She took her driver's permit test (and passed!) in August, hashtagging her excited Instagram photo, "#TeenageLife."

As a young Puerto Rican woman, Reyes has also been showing off some of her fashion that incorporates the island's flag. For example, this denim jacket that her dad made for her as a birthday present:

She also made Julie and the Phantoms masks with the Puerto Rican flag on them:

At 16, Reyes has already accomplished a lot as a budding actor, and her professional life is likely to get even busier after Julie and the Phantoms. But in the meantime, she'll be doing exactly what many other teenagers are doing: practicing for her driver's test. Oh, and getting starstruck when she sees her face in an ad.