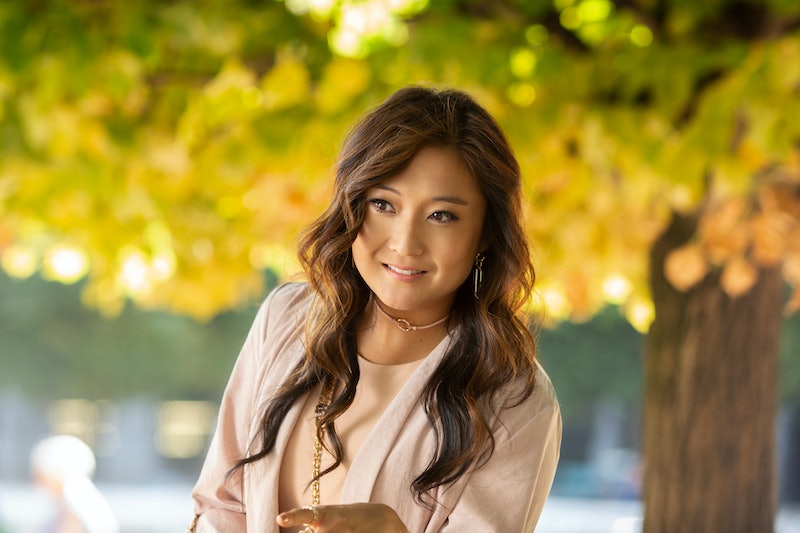 She may be known for playing Gretchen Wieners in Broadway's Mean Girls, but Ashley Park's character Mindy on Emily in Paris is nothing but nice. Mindy left behind her wealthy life in Shanghai to move to Paris and make it on her own. Now she's a nanny who quickly befriends a lonely Emily (Lily Collins) when she sees her eating lunch in the park by herself. And, because Emily in Paris creator Darren Star is also a fan of Park's singing voice, we'll get to see Mindy belt out a song or two in the series.

"I'm a big Ashley Park fan," creator Darren Star told Entertainment Weekly. "We wanted to tweak Mindy's story a little bit so we were able to give Ashley a chance to sing. Honestly, I just wanted to hear her sing ... For me, it also enriches and adds some layers to the character."

Prior to taking on the role of Mindy, Park appeared in Netflix'sTales of the City as performance artist/twin Ani. But she's best known for her Broadway appearances in The King and I — for which she received a Grammy nomination — and Mean Girls, which nabbed her a Tony nomination. Park was also set to star in Thoroughly Modern Millie, but the opening got axed due to the coronavirus pandemic.

Now that Broadway has gone dark due to the coronavirus pandemic and TV and film productions are only slowly beginning to get back to work with safety restrictions, Park has used her free time to offer acting lessons to up-and-comers, with the proceeds going to help actors struggling financially during this pandemic. She also picked up a watercolor hobby:

After Emily in Paris, Park can next be seen in the currently untitled ABC series from Rick and Morty writer Jessica Gao about a first generation Chinese-American woman whose family life gets complicated when she inherits her grandmother's estate and suddenly finds herself the most prominent member of her family.

But in the meantime, you can catch Park eating lunch by the Seine on Netflix — and really, where else would you rather be?

More like this
The ‘Emily In Paris’ Season 3 Release Date Is Here, Plus The First Footage
By Bustle Staff
Here's What Jeffrey Dahmer's Dad Has Said About His Other Son, David
By Grace Wehniainen
Where Is Lionel Dahmer Today? Jeffrey Dahmer’s Father Reflected On The Serial Killer’s Death In 2020
By Brad Witter
Glenda Cleveland Died 2 Decades After Trying To Turn In Neighbor Jeffrey Dahmer
By Brad Witter
Get Even More From Bustle — Sign Up For The Newsletter