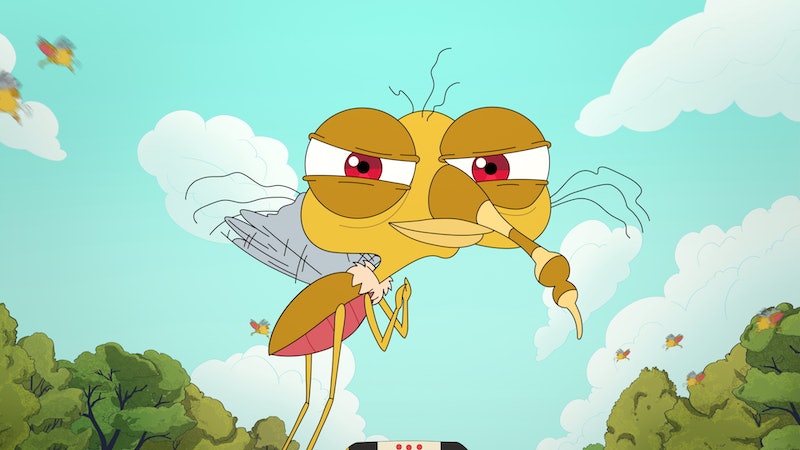 Bamford, who's had acting roles in Arrested Development and Fresh off the Boat as well as voiced characters in BoJack Horseman and Cartoon Network’s Adventure Time, is no stranger to the subject matter. Her stand-up routines (including two Netflix specials) are filled with self-deprecating jokes about her anxiety, depression, and experience with a form of O.C.D. called "unwanted thoughts syndrome." On stage, she even sometimes performs a number called "My Anxiety Song."

Her brand of comedy is one that has resonated with fans and fellow comedians alike. According to The New York Times, Judd Apatow described her as "the most unique, bizarre, imaginative comedian out there right now," and Stephen Colbert has even called her his "favorite comedian on earth."

Luckily for the Big Mouth teens, they'll have some help countering the anxiety her character fosters in the animated Netflix series. As the season progresses, fans will meet Zach Galifianakis’ Gratitoad, who serves to help the group cope with their anxiety and not let it completely own them.