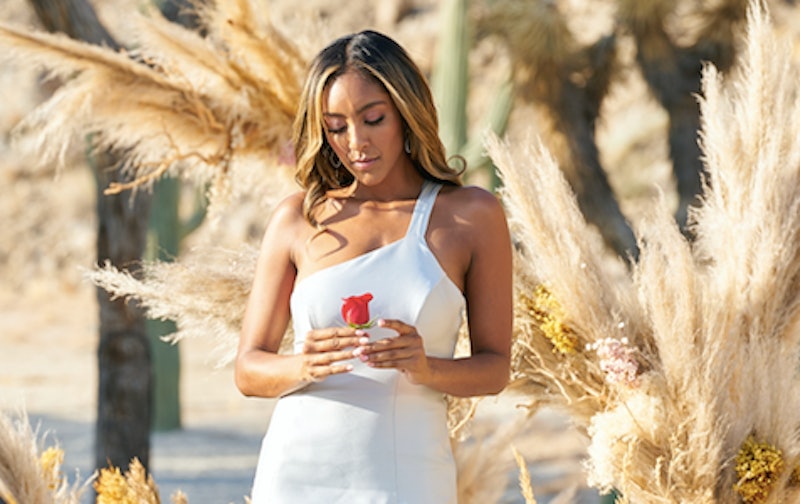 Following Brendan's emotional exit on Monday night's episode of The Bachelorette, there are only two men still in the running for Tayshia's final rose: Ivan and Zac (OK, and maybe Ben if Tayshia lets him back on the show). Regardless, she already dropped one subtle clue about who wins her Bachelorette season. Though Tayshia told Ivan she was "falling in love" with him, she told Zac that she loved him, full stop. And in the world of The Bachelorette, there is a very key difference between the two.

The producers also dropped a hint of their own. Whereas Ivan spent the night with Tayshia in an airstream that barely fit a bed, she and Zac shared champagne in a candlelit suite, where they clearly couldn’t keep their hands off of each other. In comparison, it felt pretty clear who Tayshia is more into (and who the producers are angling for her to end up with).

“I love your smile, I love your strength, I love how you treat other people,” Zac told Tayshia. Later, she squealed in a confessional, “I love Zac and Zac loves me!” She also said she couldn't resist Zac's "swag," and later told Rachel Lindsay that she "got the validation" she needed about the future of their relationship.

In other words, unless something super unexpected happens, things aren't looking good for Team Ivan.