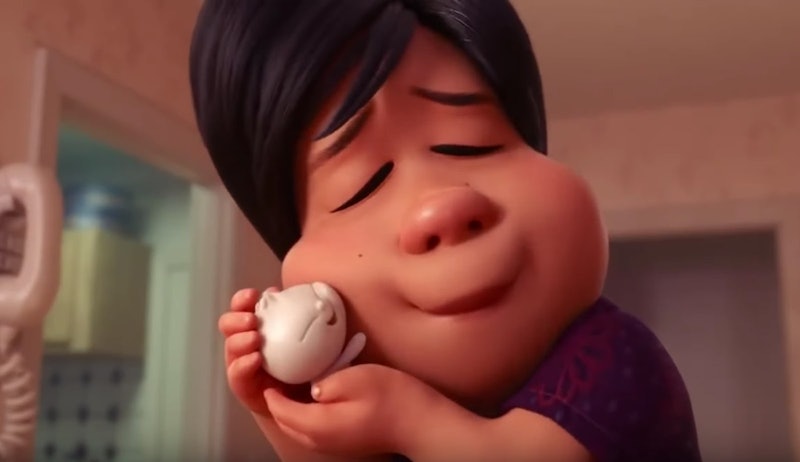 Mother’s Day is coming up on Sunday, May 9, so there’s no time like the present to start searching for the perfect gift! Finding a way to thank your mom for all that she does for you can be a challenge – I mean, she literally gave you life – so it's best to think outside of the box and to find a gift that she can enjoy well beyond a single day. That’s why we recommend a Disney+ gift subscription – a gift of endless entertainment, and one that you can enjoy together as a family.

You can make your Mother’s Day gift subscription extra special by giving your mom what she appreciates most – quality time with you! Disney+ offers a native GroupWatch feature so you and your mom can stream content together seamlessly across your devices and even send emoji reactions on the screen. So plan ahead and schedule a time on Mother’s Day where you and your mom can settle in and enjoy Disney+ together.

Now, for the program: You’ll want to make your selections in advance to prevent you from spending your whole evening scrolling through the amazing catalogue (and there’s plenty of time for that the rest of the year). Disney+ offers an extraordinary array of classic and contemporary Disney movies to choose from, as well as favorites from Pixar, Marvel, and Star Wars. The streaming service also offers classic and original TV series, short films, and documentaries from the Disney catalog, as well as programs from National Geographic. No matter what your mom is into, you’ll find something she’ll love to watch on Mother’s Day and beyond.

To help you get started, we’ve selected eight ideas for the perfect Mother’s Day virtual movie night. Read on to get a taste of what’s available to stream now, and then give your mom the gift of Disney+ to discover the endless entertainment that awaits.

Few movie sequels have captured the magic of the original like Mary Poppins Returns, the 2018 film revisiting the classic story of Mary Poppins. The sequel tells the story of the magical nanny who lovingly and whimsically looks after a new generation of Banks children a few decades after her original visit. Featuring wonderful performances by Emily Blunt, Lin-Manuel Miranda, and Meryl Streep, not to mention a delightful cameo by the original film’s star Dick Van Dyke, it’s a perfect blend of modern visual effects and loving nostalgia. Your mom will adore it!

2. Rodgers & Hammerstein's Cinderella – An Updated Fairytale for the Ages

When Disney+ announced in February that the 1997 TV movie version of Rodgers & Hammerstein's Cinderella, starring Brandy, Whitney Houston, Whoopi Goldberg, and Bernadette Peters would be available to stream, the world rejoiced. This classic retelling of the Cinderella story showcases Brandy and Whitney at their best, a fairy godmother and a princess singing their hearts out on songs like “Impossible/It’s Possible,” making it the perfect rewatch for a day of celebration.

The Disney+ catalog is home to stories that have been beloved by consecutive generations of moms and their kids. Freaky Friday (2003), starring Lindsay Lohan and Jamie Lee Curtis, is one of the best depictions of mother-teen relationships thanks to its fantastical premise – a mother and daughter are made to swap lives for a day to see the world from the other’s perspective. But did you know that it’s actually a remake of an earlier Freaky Friday movie (1976) starring Jodie Foster and Barbara Harris? You and your mom can take a walk down memory lane by watching either (or both!) versions of the film and thereby safely revisiting those wild teenage years with the comfort of humor and hindsight.

4. Into the Woods – The Magic of Musical Theater

If your mom loves the theater, you can’t do better right now than to stream Into the Woods (2014), the classic Sondheim musical turned Disney fantasy. Featuring an all-star cast including Meryl Streep, Emily Blunt, James Corden, Anna Kendrick, and many more, the movie weaves together classic Grimm Brothers’ fairy tales into a musical extravaganza. Aside from the stunning visual effects, you and your mom will swoon at the gorgeous songs written for the musical and given new life in the film, including the heart-wrenching and newly relevant “No One Is Alone.”

One of the most delightful things about a Disney+ subscription is that it allows you to discover hidden gems like Bao, an Academy Award-winning animated short from 2018. The story centers on a Chinese mom who is saddened when her adult son leaves home to start a life of his own. But in a magical twist that only Disney could dream up, she is given another chance at motherhood when one of her dumplings springs to life. At only seven minutes, this short film is the perfect opening to a movie night featuring any of the other titles on this list.

6. WandaVision – A Marvel Movie about Motherhood

Arguably the most buzzed-about television show of 2021, WandaVision, from Marvel Studios, holds a special place as a superhero movie about the lengths that a mother will go to for the love of her family. WandaVision is the perfect Mother’s Day binge watch – each episode of the series takes inspiration from a classic television era spanning your mother’s childhood to your own, while also featuring the stunning visual effects that are the hallmark of the Marvel Cinematic Universe. At nine episodes, you might not tackle the whole series on Mother’s Day, but it’s a great excuse to reconnect with your mom throughout the week to finish the show together!

If your mom’s an animal lover, you absolutely must show her the 2020 documentary feature Elephant. The film follows an African elephant, Shani, and her son Jomo as they set out on a journey with their herd across the vast Kalahari desert. Boasting incredible cinematography and an intimate portrait of the wonders of the natural world, Elephant is truly transporting. After your mom sees this feature, she’ll be delighted to dive into the incredible catalog of nature documentaries on Disney+, including a huge array of programs from National Geographic.

8. The Sound of Music – A Family Favorite for the Ages

No mother’s day movie list would be complete without the iconic musical The Sound of Music. Luckily, Disney+ offers this Rodgers & Hammerstein classic to stream. Starring Julie Andrews as a governess straight out of the convent who cares for the adorable Von Trapp family during their flight to freedom in 1938, The Sound of Music will pull at your and your mom’s heartstrings and have you singing together even if you’re miles apart.

Give your mom the gift of Disney+ this year!