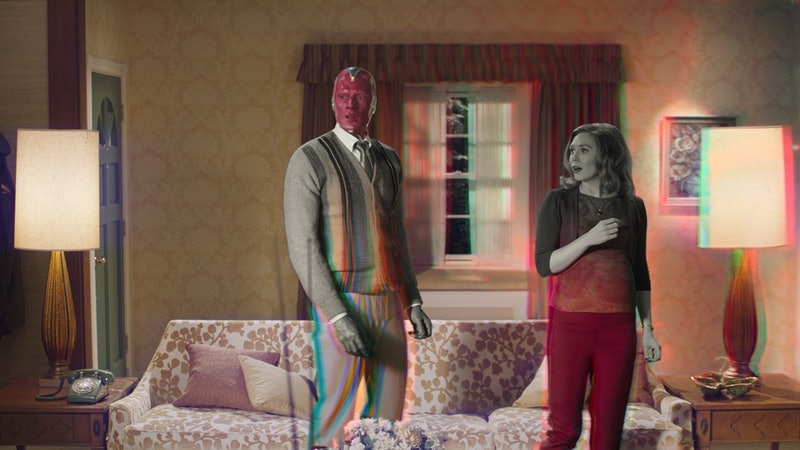 Another year, another season of holiday shopping that somehow remains undone until the last minute. If you've waited til the 11th hour yet again to compile the gifts for your loved ones, never fear! A Disney+ gift subscription is the perfect present for anyone on your list, and you don't even have to wait for anything to arrive in the mail.

It isn't just the entertainment junkies who will appreciate a gift subscription to Disney+. Have a cousin who's all about romance, all the time? Disney+ has plenty of originals, classics, and more that they'll be obsessed with. Is your aunt an executive by day, theater kid by night? They've got all the shows and movies she'll love to belt along to. Perhaps your brother is a Marvel Comics historian. Disney+ has plenty to keep him watching, and so much coming out in the new year!

Read on to find out the many reasons that a Disney+ gift subscription is the ideal surprise for the various people on your list! While you're at it, consider buying one for yourself too. It's the gift that keeps on giving.

Admit it. The Disney Princesses are still close to your heart, even if you're a full-blown adult. From original docuseries, to the great stuff in the Disney vault, that hopeless romantic dreamer like Ariel, strong warrior princess like Pocahantas, or single-minded girl boss like Tiana on your list will go be thanking you for years if you get them a Disney+ gift subscription. On top of all the classic films you grew up with, like The Little Mermaid, Mulan, Beauty and the Beast, The Princess and The Frog, and more, there are plenty of originals that this person is sure to love. Try Godmothered, which follows an inexperienced fairy godmother in training as she tries to prove that the world could use more of her. Secret Society of Second-Born Royals is another great one, following a rebellious princess who discovers that she has powers making her the only one who can save the world. Then, there's the Disney Fairytale Wedding Special, in which real people make their Disney fairytale wedding dreams come true.

There are hours and hours of choice films and movies you grew up with on Disney+. Why not give your one friend who's obsessed with the '90s and the early aughts access to it all? From the shows you grew up watching every day after school that focused on the foibles of being an 00's teen — like Even Stevens and Lizzie McGuire — to the entire library of The Simpsons your nostalgia junkie friend will find plenty of content to scratch that throwback itch. Particularly during the Holidays, there are plenty of incredible collections of films and shows you loved growing up, like every single Home Alone.

Little known fact: you don't even need to have been in the school play to be a theater kid. For that person in your family, Disney+ has literally everything. One of my favorite shows this year — Encore — is the sleeper genius reality show that more people should be talking about. The casts of former high school musicals reunite as adults for one emotional reunion performance of the high school show they performed in their youths. If you're down to get meta, High School Musical: The Musical: The Series is the sincere (but still drama-filled) drama kid show that you've been missing in your life. (They even have a holiday special that will deliver all the emotion of an "I Wish" song). For an old fashioned kitchen karaoke moment, there's a collection of sing-along specials that this person will love belting out to with no audience — or a Facetime audience.

Any sci-fi head who calls themselves a true fan is all about Star Wars. ICYMI, all of these groundbreaking movies are on Disney+. The universe is expanding by the month with all of the incredible series that dive further into the nooks and crannies of this incredibly rich world. Looking to get into The Mandalorian? The second season just recently launched. On top of that, two new series were just announced to come to the platform in 2021, including Star Wars: Andor, Obi-Wan Kenobi, and Star Wars: Lando. May the force be with you, young Jedi.

The FOMO of not having a Disney+ subscription with all the original Marvel content coming to the platform in 2021 is just too much for anyone to bear. In addition to all of the blockbuster Marvel movies (like Black Panther, The Avengers Saga, Guardians of the Galaxy, and more), 2021 will be a serious year for shows and movies expanding on the Marvel Universe. There's the sure-to-be cult favorite WandaVision, starring Elizabeth Olsen and Paul Bettany as super-powered beings Wanda and Vision trying to life "normal" sitcom lives. Then there's Loki, a short series based on the backstory of the beloved and often sinister villain Loki, the God of Mischief. There's also Hawkeye, She Hulk, and Ms. Marvel to look forward to.

We may receive a portion of sales from products purchased from this article, which was written by our Branded Team.