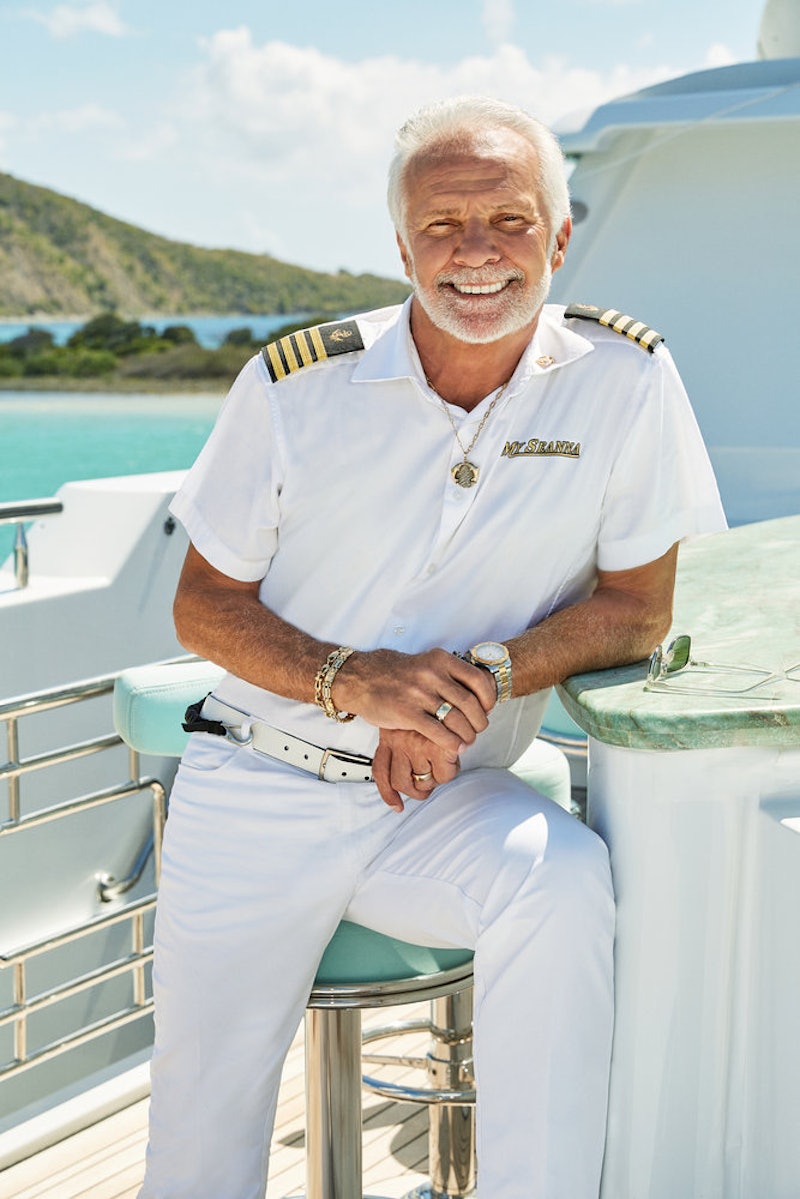 For the first time in the history of Below Deck, Captain Lee Rosbach won’t be at the helm of the ship in Season 9 — at least in the beginning. As Lee explains to First Officer Eddie Lucas in the Season 9 trailer, he has “a condition” that forces him to leave the My Seanna in the hands of Captain Sean Meagher when they set sail from St. Kitts. But he’ll be back later in the season to return to the captain’s chair.

In an interview with E!, Captain Lee explained hat the unnamed health condition that led to his brief absence was “not related to COVID” and that he’s doing much better now. “The timing was mainly screwed up,” he said. “Because we have such a tight shooting schedule, it was imperative that the guests’ charters start and end on time so it didn't have a domino effect and impact every charter after that.”

Once back onboard, Captain Lee said he “was the happiest guy in the world” and that “it really felt good to get back on the water,” even given the new challenges that came with filming during the pandemic. He said that having to stay within the confines of their COVID bubble forced the crew to stray from their usual routines and try new things. “Sometimes you can improvise and get extremely creative, which I like to think we're pretty good at,” he added.

A similar scenario played out at the start of Below Deck Season 8, when Eddie arrived on the boat to find Captain Lee conspicuously absent. He called Lee, who explained that he was in the hospital after falling in the shower and busting some ribs. However, he was able to return to the ship for the start of the first charter.

Upon learning Lee had another health issue, Eddie told E! he was “concerned” about the captain. “Since he wasn't there at all I was worried about the severity of the health issues this time,” Eddie said, admitting that he was also in a “little bit of a panic at first” about having to adjust to Captain Sean’s different leadership style. “Now I've got a new captain that I've gotta learn and prove myself to and kind of understand his ways of doing things and that's difficult to work with sometimes."

Fellow returning cast member Chef Rachel Hargrove told E! that she “kinda knew” Captain Lee would be absent and thus wasn’t as “freaked out” about having a new captain. “Sean’s awesome, he’s just a different dynamic than Lee,” Rachel said.

See how the crew adjusts to Captain Sean when Below Deck Season 9 premieres on Oct. 25.

More like this
Teddi Appears To Shade 'Bachelor In Paradise' Producers On IG After Leaving The Show
By Kadin Burnett and Grace Wehniainen
Danielle Regrets Talking About Sierra On That Post-'Paradise' Podcast
By Kadin Burnett and Grace Wehniainen
Here’s How Much It Costs To Rent The St. David Yacht On 'Below Deck' Season 10
By Gretchen Smail
Twitter Can’t Get Enough Of The Romance In 'Ekin-Su & Davide: Homecomings'
By Sophie McEvoy
Get Even More From Bustle — Sign Up For The Newsletter