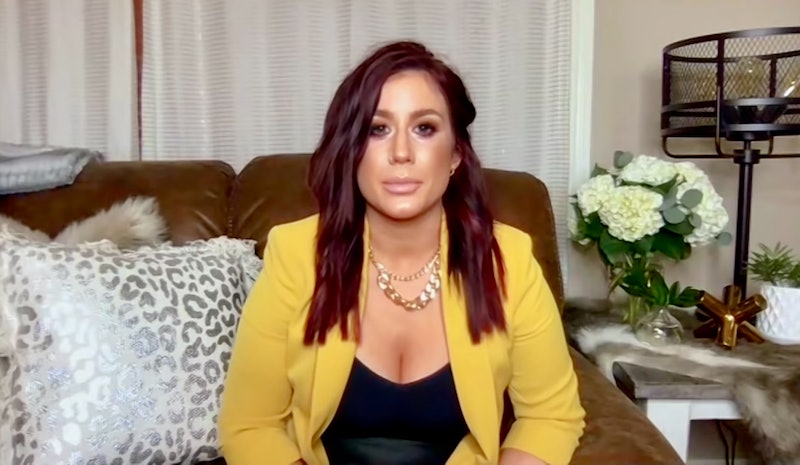 After more than a decade with the franchise, Chelsea DeBoer left Teen Mom 2 following the Season 10A reunion. “I feel like watching this last season I was getting a bad feeling in my stomach,” Chelsea explained of her “bittersweet” decision during the virtual November reunion special. “It just feels like it’s time to close the chapter. I’m almost 30, I’m having my fourth baby. It just feels like the right time.”

The 16 and Pregnant alum also announced her exit from the show in a Nov. 10 Instagram post, writing that she and her husband Cole DeBoer had made the decision together for their family, which includes their children Watson, 4, Layne, 2, and 3-month-old daughter Walker June as well as Chelsea’s 12-year-old daughter Aubree (with ex Adam Lind). “We're parting on the best of terms and will stay in touch long after this,” she wrote.

However, Chelsea’s real reason for leaving Teen Mom was a bit deeper than she let on at the time. “There were conversations that Aubree and I were having from time to time, and there came a point where I was just worried because I don’t want her to ever be like, she can’t tell me things because it’s going to be aired to millions of people or whatever,” Chelsea recently explained to E! News. “When she was little, the stuff that was going on with her dad and stuff, it was from my point of view, and as she got older, it started coming from her point of view. I think that deserves to be private for her. That was ultimately what kind of pushed me to decide to step away and leave that chapter of life.”

Despite parting ways with the MTV reality series, Chelsea says that there’s no bad blood, adding that she’ll “always be close” with the producers who documented her 2016 wedding to Cole in addition to Watson and Layne’s births. “They were here in our house with our kids, seeing conversations about some personal things, and you just form a relationship with people and it truly is a meaningful relationship,” the South Dakota native told E! News.

Chelsea added that she wouldn’t consider returning to Teen Mom, but she remains open to other reality TV opportunities. “I always say that I would never go back to anything that's about my kids’ personal life for sure. I don’t think I could do that,” she said. “[But] if something happened to be light-hearted and fun, I don’t think I would say no.”

For now, Chelsea and Cole are focused on “developing our brand and taking things to the next level with new endeavors and expanding family businesses,” she wrote in her November Instagram post. Indeed, she debuted her Aubree Says home décor brand’s winter collection in January and is currently preparing to release new products.

More like this
Madison From 'The Bachelor' Chronicled Her Life As A "Sister-Mom" On Social Media
By Grace Wehniainen
RHOP’s Robyn Dixon Explained Why Juan Paid For Another Woman's Hotel Room
By Brad Witter
Kaitlyn Bristowe Said Chris Harrison Ignored Her After Her 'Bachelorette' Hosting Gig
By Grace Wehniainen
Airris From 'MAFS' Says He Doesn’t Regret Going To Decision Day With Jasmine
By Brad Witter
Get Even More From Bustle — Sign Up For The Newsletter
From hair trends to relationship advice, our daily newsletter has everything you need to sound like a person who’s on TikTok, even if you aren’t.