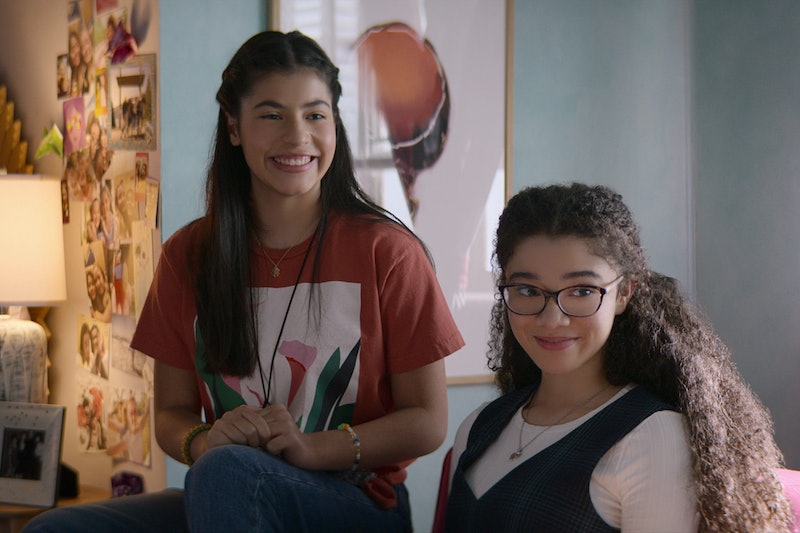 When Baby-Sitters Club returns for Season 2 on Oct. 11, the cast will look a bit different. Dawn Schafer, who was played by Xochitl Gomez in Season 1, will be portrayed by a new actor: Kyndra Sanchez.

Though there are few opportunities that would make someone leave an Emmy-award winning Netflix show, for Gomez, that opportunity came in the form of Doctor Strange and the Multiverse of Madness. The Marvel film, slated to be released in 2022, will feature Sanchez as America Chavez, aka Miss America. Gomez expressed her excitement about playing the lesbian, Latinx superhero on Instagram, sharing a photo of the comics character jump-kicking a monster with the caption, “can’t wait for y’all to meet her!”

Due to tight filming schedules amid the coronavirus pandemic, getting cast in the role meant she had to step back from Baby-Sitters Club. "I felt really sad, but I knew that, just because of COVID, I couldn't be at one place and then another and then have to just switch all the time," Gomez told Entertainment Tonight. "But I think Kyndra Sanchez is going to do an amazing job and I'm really excited to see her in Season 2 of Baby-Sitters Club as Dawn."

Gomez’s former castmates seem to be just as excited about her inclusion in the MCU as she is. Her fellow stars came together to film a farewell video for Gomez, who they say is embarking on “a cool new job.” The video begins with text stating that Gomez will forever be a member of The Baby-Sitters Club, before transitioning into five split screens of the remaining four members of the club: Sophie Grace, Momona Tamada, Shay Rudolph, and Malia Baker. The last screen is filled by Sanchez, who is overcome with shock as the rest of the girls ask if she wants to join The Baby-Sitters Club. The five cast members descend into laughter as the video ends, closing with a voiceover from Sanchez that says, “Oh my god, this is a dream come true.”

In an interview with Seventeen, Sanchez said she’s looking forward to portraying “a strong Latina girl who is an activist” and who “cares for the environment and wants to make change.” They’re traits she has in common with her character. “[We both] have this fire inside of us that wants to spread our voices and make a difference,” Sanchez explained. “For the last give years, I have been spreading kindness, love, and compassion by hosting lemonade stands for the Pediatric Cancer Research Foundations, as well as visiting senior centers every Christmas to sing carols and play the guitar.” In fact, she credits her shared love for crystals, zodiac signs, and tarot cards as the reason she got the part. “Fun fact, I actually manifested getting this role,” Sanchez said.

Though the cast of The Baby-Sitters Club may look different in Season 2, the trailer promises the same friendship and intrigue that made Season 1 so beloved.