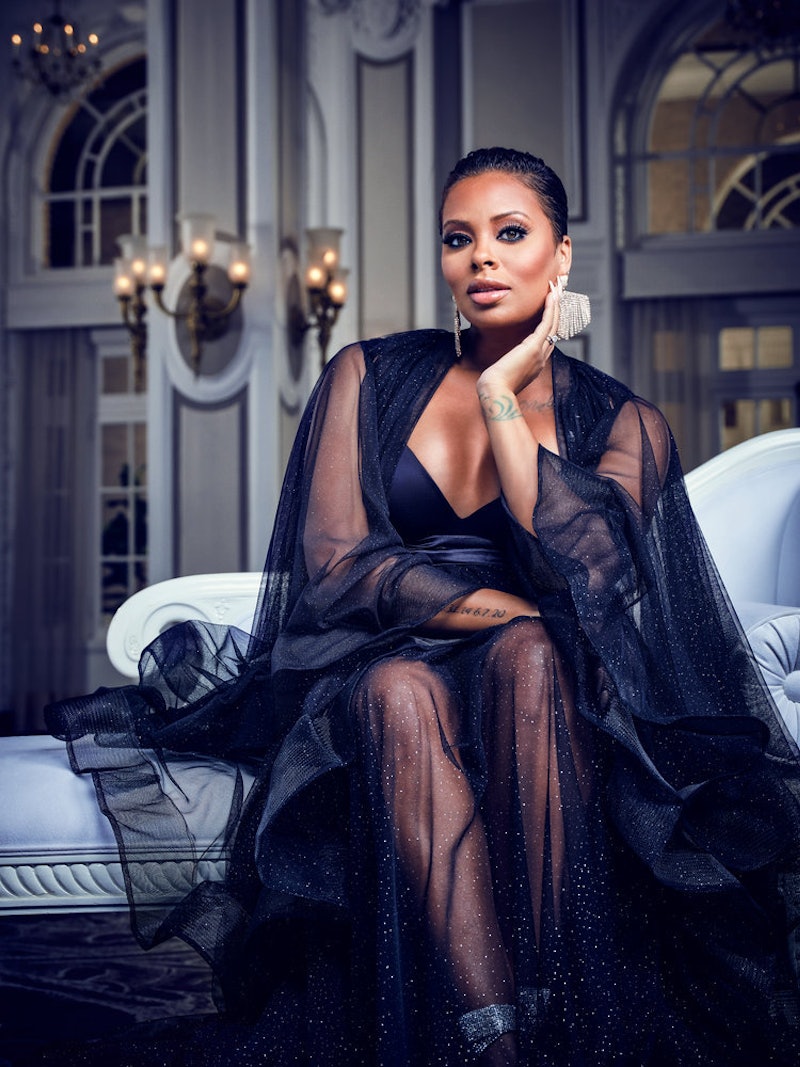 After three seasons as a Housewife, Eva Marcille announced she was leaving RHOA and would not return for Season 13 in June. At the time of her departure, Eva issued a statement to E! News expressing her appreciation and gratitude for the bonds she'd made both with her cast mates and producers.

"After speaking with my family and representatives, I believe what I am hoping to accomplish for the culture and community will be better served by focusing on other opportunities," she said. "I look forward to serving my community on the Rickey Smiley morning show and finding ways to be a voice during this transformational time in our country for people of color."

During the June 16 episode of the Rickey Smiley Morning Show, Eva elaborated that she felt her time was up and she'd also be shifting focus to her three children: daughter Marley Rae, 6, (with ex Kevin McCall) and sons Michael Todd, 2, and Maverick, 1 (with husband Michael Sterling). "They are 24 hours a day and there is a lot of work to be done," she said. "I decided to spend my time and energy focusing on my kids and my community, and not so much reality show business."

Despite her exit, Eva, who also has a CBD oil company and a bedding line, only had well wishes for her co-stars. "I love every single one of those Black women. They are all queens all in their own right," she added. "They are stars and I wish them the most successful season and transformational Season 13 that The Real Housewives of Atlanta has ever seen."

The America's Next Top Model winner squashed her beef with onetime "big sis" NeNe Leakes, who also announced she won't return for the forthcoming RHOA season, telling Entertainment Tonight in October that "life is short" and that it was time to "just let bygones be bygones."

Fans haven't seen the last of Eva on RHOA, however: she'll be a guest at Cynthia Bailey's wedding to Mike Hill in an upcoming Season 13 episode.