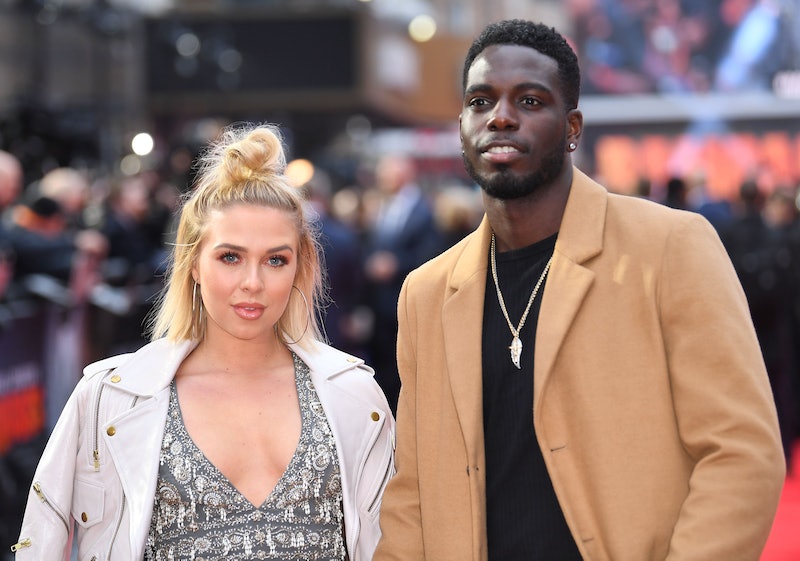 Back in 2017, Gabby Allen and Marcel Somerville felt like an oasis of cuteness on Love Island season 3. While other couples broke down over the fake babies and had uncomfortable conversations about feminism, these two seemed to be perfectly matched. By the time the final episode aired, their relationship seemed solid, which is why fans were shocked to learn when Gabby and Marcel broke up.

While the pair made a pretty good go of things outside the villa – lasting almost a year post Love Island – in May 2018, Somerville confirmed they’d gone their separate ways.

It was reported at the time that Gabby had left Marcel after learning he had slept with another woman while the couple were on holiday in Mexico together in February 2018.

Speaking at the time of the break up, Marcel addressed rumours that he’d been unfaithful, although details about exactly what happened have never been confirmed. A representative for the star said, “Sadly the rumours are true, Gabby and Marcel have split up. Marcel can’t really defend his actions as he knows he did wrong and will regret it forever.

“Marcel is upset that he broke the heart of someone he loves and someone that he shared so many special moments with, but with all the good times there are difficult times, and sadly Marcel and Gabby had been in a bad place at this stage.

“Gabby was a special part of [Marcel’s] life, and he hopes one day she can find it in herself to forgive him.”

Speaking about the incident a few months later during an appearance on Celebrity Big Brother, Allen told her fellow contestants, “I'll never trust anyone again.”

However, things didn’t end there. In June 2018, Somerville claimed that Allen had been cheating on him with TOWIE star Dan Osborne – something she has fiercely denied. He told The Sun that “[a] mutual friend of Dan and I told me that Gabby and Dan were having sex in Marbella on their work trip, and also when they got back to England.”

The work trip he was alluding to was a pilot for a celebrity bootcamp fitness show in Ibiza. Filming took place around May 2018, during which Gabby and Osborne were photographed together on a yacht.

Gabby denied the accusations, with her spokesperson telling The Sun that “Gabby was 100% faithful during her relationship with Marcel.” She also reiterated this in an Instagram post in June, alluding to the fact Somerville had accused her of “improper behaviour” but she claimed that she was “100% faithful throughout.”

After their separation, Allen dated Rak Su’s Myles Stephenson from September 2018 to August 2019 but has recently gone Instagram official with Ex On The Beach star Brandon Myers. On August 10, 2021, she posted snaps of the two of them with a thoroughly loved-up caption. “The kind of person you are, is what every girl dreams of; you are what I thought wasn’t quite possible,” she wrote.

As for Somerville, he has also moved on, found love, and even become a dad. He welcomes his first son, Roman, with his fiancée Rebecca Vieira in February 2021. Sharing the news in an Instagram post, Somerville wrote, “Finally Little Man and His Mama Are Home. I’m so happy to be able to hold him again. My Handsome Baby Boy.” They’re set to tie the knot in August 2022

More like this
This Pre-'Love Island' Video Of Olivia & Zara Together Changes Everything
By Bustle UK
'Love Island’s Kai Fagan Is Very Clear About What He Doesn’t Like
By Sam Ramsden and Darshita Goyal
You’ve Got 'Love Island’s Farmer Will All Wrong
By Jack Orenstein
Every Season Of 'Love Island' Ranked Best To Worst
By Alice Broster, Frances Stewart and Sophie McEvoy
Get The Very Best Of Bustle/UK
Sign up for Bustle UK's twice-weekly newsletter, featuring the latest must-watch TV, moving personal stories, and expert advice on the hottest viral buys.

This article was originally published on Aug. 16, 2018