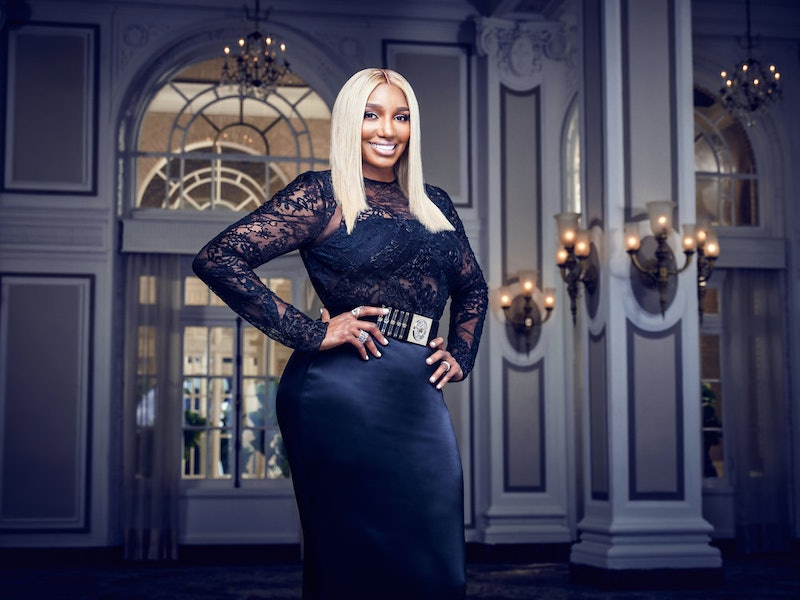 After sparking rumors for months that she might quit the show, NeNe Leakes announced her RHOA departure in a September YouTube video, explaining she'd made a "hard and difficult decision" to not be a part of the Season 13 cast. At the time, NeNe hinted that failed contract negotiations might have played a role, describing the process as "extremely long, exhausting, tiring, and emotional."

For their part, Bravo issued a statement to Variety saying the RHOA OG would "truly be missed" and that they're holding onto hope that "maybe one day she'll hold the peach again." Executive producer Andy Cohen also posted on Instagram that he would miss the "icon of the genre," also calling NeNe "a gif and a catchphrase machine."

Later that month, however, NeNe tweeted that producers had forced her off the show. After one fan suggested she appear on her own spinoff, she replied, "They don't think i deserve to work at all in any [capacity]." Another follower wrote that it sounded like they'd forced her out, to which she responded, "They definitely did."

Nene doubled down on those claims in October, telling Extra, "I left because I was being pushed out." She claimed she had no interest in returning to the series, even if she could resolve her issues with Bravo, which included them decreasing her hours. "I am not going to return to Housewives, that's not what this is about," she said. "If I wanted to return to Housewives, I could have. I had an offer… I am very hopeful that we can work our relationship out behind the scenes without everyone being involved."

Of course this wasn't the first time NeNe had left RHOA. The highly quotable fan favorite starred in the franchise's first seven seasons, and, following a two season hiatus, returned in 2017 for three more installments. Throughout Season 12, she'd insisted she'd made no concrete decisions about quitting the show, though she wasn't sure she wished to remain "in a group where everyone is attacking and being very malicious."

During the RHOA Season 12 virtual reunion, NeNe prematurely ended her participation. According to costar Kandi Burruss, however, the women were not to blame for NeNe's abrupt departure. "I want everybody to remember, she really went around and told the whole world that she was going to read us and that she was gonna let us have it, and all this stuff," she claimed to Entertainment Tonight. "So, please know that we were not the reason why she got up and left."

Instead, Burruss said, Nene "got up and left was because Yovanna [Momplaisir] posted a post to let everybody know that she was about to come on the show," and she "did not want to face the things that Yovanna had to say.”

Following the exits of both NeNe and Eva Marcille, newcomer Drew Sidora is joining the full-time RHOA Season 13 cast. Whether or not she can fill the NeNe-sized void, however, remains to be seen.