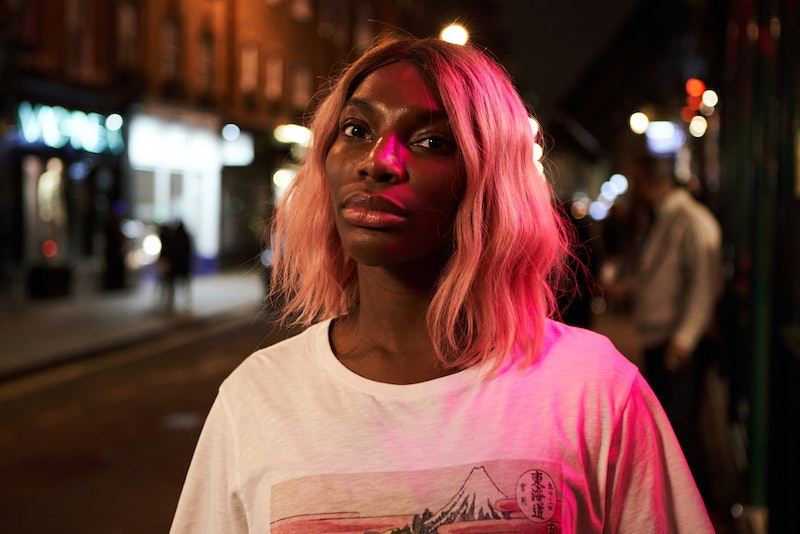 Michaela Coel’s I May Destroy You became one of the most celebrated TV shows of 2020 with its nuanced explorations of assault, consent, and race — but the BBC and HBO tour de force will be notably absent at the Emmys this Sunday. Given its critical success, I May Destroy You's lack of Emmy nominations might surprise fans watching, but there’s actually a rational explanation. Coel’s searing semi-autobiographical dramedy missed the Emmys’ eligibility window for this year’s ceremony.

In order to qualify for this year’s Emmys, shows had to premiere between the window of June 1, 2019, and May 31, 2020. That's why shows that have long ended, like HBO’s Season 2 of Big Little Lies and Netflix’s latest season of Stranger Things (which, frankly, feel like they aired years ago) are nominated this year. I May Destroy You premiered on June 7 on HBO and June 8 on BBC One — days after the May cut-off date. Regardless, there’s no need to fret: the odds of Coel’s ruminative series picking up a nomination at the 2021 Emmys are looking pretty great from here.

Along with her role as creator and writer, Coel starred in I May Destroy You as Arabella, a young writer whose life is irreversibly changed after she’s drugged and sexually assaulted at a nightclub. She can’t remember much from that night, but details of the traumatic incident return in fragments during the span of the 12-episode season as Arabella reassesses her career, friends, and life. Weruche Opia, Paapa Essiedu, and Stephen Wight also star as Arabella’s best friends and roommate in the series.

As of right now, there are no signs of the series returning for a second season, especially given how challenging it was for Coel to make Season 1. In an interview with BBC Radio 1 Newsbeat in June, Coel revealed it was "cathartic" to write about her experience for the show, but admitted it was incredibly difficult and time-consuming. "It took me two and a half years all in all to write it and I didn't do any other job," Coel said. "It's been quite hard but cathartic because I'm reflecting on a dark time rather than feeling it is happening to me right now."