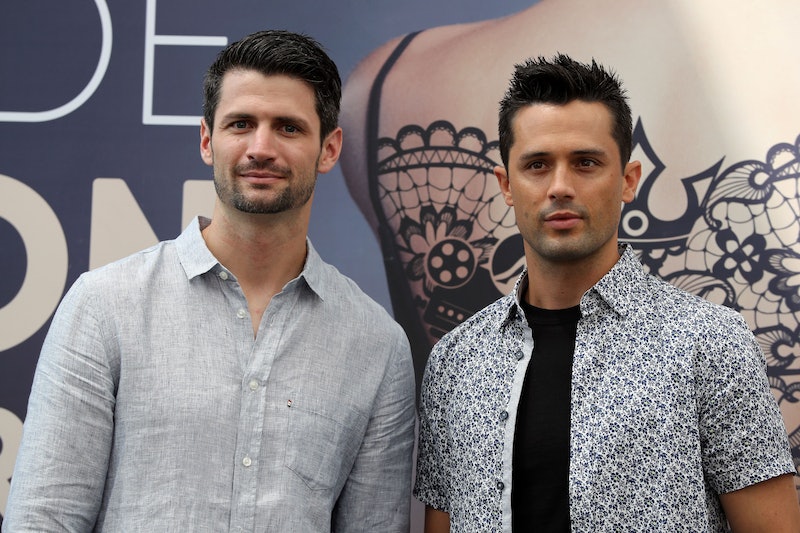 For even the most casual One Tree Hill fans, Everyone Is Doing Great feels like a dream come true. Alums James Lafferty and Stephen Colletti have come together again to produce, write, and star in the new comedy series. It's essentially a mini One Tree Hill reunion and a must-watch for any fan. Now that the long-anticipated show has finally arrived on Hulu, fans are already wondering if Everyone Is Doing Great will return for Season 2.

Season 1 follows Seth and Jeremy, two actors who gained instant fame after appearing in the (fictional) vampire TV sensation Eternal. Five years later, their success has come to a halt, and the costars-turned-BFFs are now leaning on each other as they navigate Hollywood, struggling to regain their relevance or even hold down a solid personal life. Sound familiar? For fans of the actors, it should.

In an interview with US Weekly, the reunited costars confirmed that the show was inspired in part by their own experiences auditioning for roles after the final season of OTH. “The year after One Tree Hill, I came back to L.A. like, ‘Alright, let’s go, let’s get in some auditions, it’ll be easy, and I want to get in a show from the beginning,'" Colletti recalled. "It was actually really, really hard, adjusting back into the [audition] rooms. I thought I was gonna be confident, but auditioning is brutal.” Lafferty agreed, noting that many casting agents wouldn't even see CW actors. "On top of that, I 100 percent had a hard time getting back into competing for roles again and auditioning," he said. "I had gotten so comfortable in this bubble of One Tree Hill.”

While the show hasn't officially been renewed for a second season, there are many hints that it could return. For one, Lafferty and Colletti have confirmed there's more story to be told. And if it were up to them, it would include even more of their OTH castmates. "There's a lot of people from One Tree Hill that we could see ending up in our show, and we would love to have them," Lafferty told Entertainment Weekly. "The best is yet to come for this story."

However, don't expect Everyone Is Doing Great to lead into a full-blown OTH reboot. While they enjoyed seeing the full cast again during the February 2020 reunion, the twosome is focused on playing Seth and Jeremy right now. In fact, they've never rewatched old episodes of the long-running teen drama. "I feel like it still would be weird for me because it would be like watching home videos from when you were in high school, like hundreds of hours of them," Lafferty said. "At some point, you're going to have to, but I don't know if it's happening yet for me."

More like this
These Brooke Davis Quotes From 'One Tree Hill' Will Never Get Old
By Sabienna Bowman and Jack Irvin
Everything To Know About 'And Just Like That...' Season 2
By Jack Irvin and Grace Wehniainen
This 'One Tree Hill' Wardrobe Error Is Going Viral On TikTok
By Brad Witter
Ashton Kutcher Wants Danny Masterson “To Be Found Innocent” In Rape Retrial
By Jake Viswanath
Get Even More From Bustle — Sign Up For The Newsletter
From hair trends to relationship advice, our daily newsletter has everything you need to sound like a person who’s on TikTok, even if you aren’t.