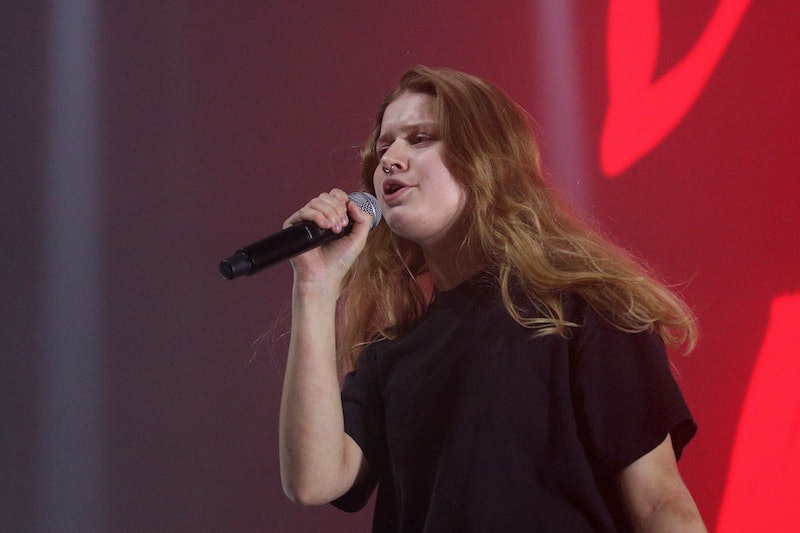 After just two years of growing a devoted following, Norway’s Marie Ulven, known by the stage name Girl In Red, released new album if I could make it go quiet earlier this year. With hazy pop-rock hits such as “we fell in love in October” and “Serotonin”, the 22-year-old singer/songwriter has racked up a massive TikTok fanbase of over 1.8 million followers. But as COVID restrictions are lifted, will Girl In Red perform live? And will Girl In Red tour the UK in 2021?

During the pandemic, Girl In Red became synonymous with a now-established internet phenomenon, as reported by Teen Vogue. “Do you listen to girl in red?” TikToks and tweets, made the singer’s stage name a coded way to ask if someone is queer, like Ulven. The phrase solidified in singer-songwriter Haley Margo’s song of the same name.

But what about IRL gigs? Aside from a few appearances at Leeds and Reading festival this August, it doesn’t seem Marie Ulven is touring the UK in 2021. However, I have reached out to her reps to confirm. Thankfully, the songwriter will be hitting up the UK and Ireland in May 2022 and will perform a few intimate gigs in Manchester, London, Dublin, and Glasgow in the coming year, as well as shows throughout Europe. Tickets are currently available to purchase on Ticketmaster. These include a show at Glasgow’s SWG3 on April 30, Dublin’s Olympia Theatre on May 2, Manchester’s O2 Ritz on May 4, and London’s Roundhouse on May 5.

What can fans expect when Marie Ulven hits the stage? In the Spotify Youtube series Spotify RADAR Presents, Ulven revealed what her gigs could look like when concerts finally return after pandemic restrictions lift: “I feel more ready now to go on tour because I was able to get this break and sort of reflect and go ‘Okay, what works for me?’ and what doesn’t work for me.”

“I want to play Madison Square Garden one day,” she added. “I want to create the biggest mosh pit in the world. And I want to be in the middle.”

From teaching herself guitar in her bedroom to posting refreshingly honest music about mental health and sexuality online, Ulven's rise to fame has been all of her own making. Speaking to Spotify, she revealed her aspirations for the future: “I want to be the biggest star in the world. I’m not a gal with small aspirations.”