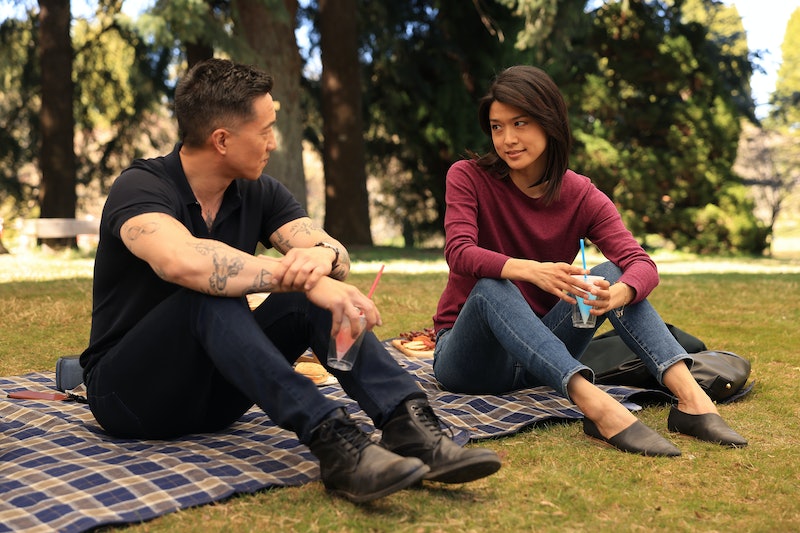 Spoilers for A Million Little Things Season 3, Episode 15 ahead. Now that Eddie has officially moved out of his house with Katherine and they have custody arrangements and lawyers in place, their divorce is moving ahead at rapid speed. And it seems that’s allowed Katherine to feel comfortable dating fellow lawyer Alan Kay again. She and Alan got off to a tricky start with the two of them kissing while Katherine was still married (and drunk). As she worked on getting her separation from Eddie going, she told Alan it was a good idea for them to take a break. ‘“I think it might be best if we kept our distance for a little while, so the next time I see you, I can actually see you,” she said in Episode 13.

And while she’s not officially divorced yet, things are very much in motion. So it seems that Katherine is ready to try again with Alan — this time without feeling like she’s going behind anyone’s back. The press photos for Episode 16, airing June 2, show Katherine dropping Theo off to visit Eddie so she can go see Alan. The two then have an outdoor picnic together.

Grace Park, who plays Katherine, previously told TV Insider that she thinks the two lawyers are a good match, and they do seem to be on the same page thus far in the early stages of their romance. “Katherine and Alan have an easy affinity, with their shared knowledge of their careers, cultures, and relationship with Jon,” Park said, referencing the fact that both Alan and Katherine were friends with the late Jon Dixon.

However, Alan may still have some competition. Eddie has gone along with the divorce proceedings thus far, but he never wanted this. He wanted to make things work with Katherine and keep their family together. And the Season 3 finale synopsis suggests that he may make a last-ditch effort to win Katherine back: “Meanwhile, Eddie goes to extreme measures to fight for his family,” the description reads.

Actor David Giuntoli, who plays Eddie, previously hinted to TV Insider that that the two could potentially work things out. “Katherine and Eddie have worked through a lot. We have a son who we love more than anything. They may be able to work through this too, I just can’t really say,” the actor said.

A Million Little Things was recently renewed for Season 4, and series creator DJ Nash previously hinted that the Season 3 finale will leave fans with a giant question mark. “Can’t wait for you all to see it,” he tweeted. “If you thought Eddie getting hit by a car was a cliffhanger...”

Perhaps that cliffhanger will have something to do with this Alan/Katherine/Eddie love triangle. But even if it doesn’t, this storyline will likely continue into Season 4. When Terry Chen first appeared to play Alan, Nash welcomed him “to the family.” So Alan probably isn’t going anywhere any time soon — much to Eddie’s chagrin.