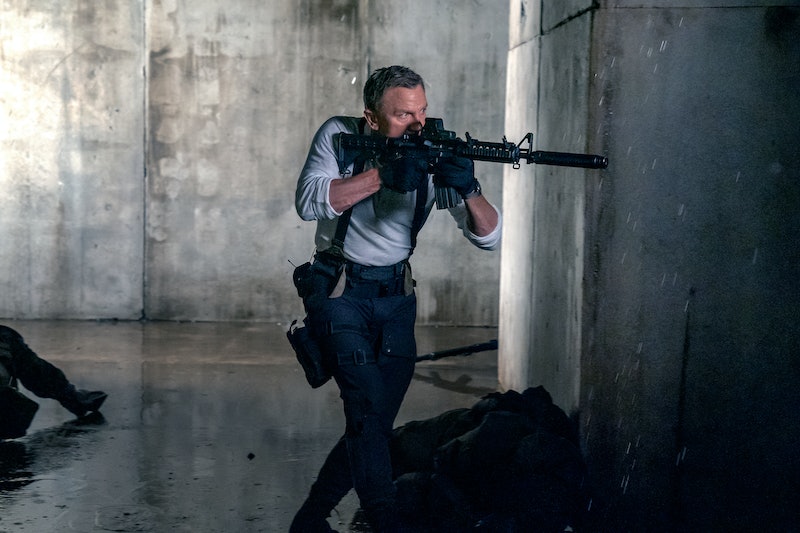 Spoilers ahead for No Time To Die. After one of the most prolonged and painful lead-ups in film history, No Time To Die finally hit UK cinemas last week and reviews were mixed. While some have praised the movie for its action-packed plot and its efforts to undo the franchise’s deep-seated misogyny, others have viewed it as anti-climatic – not worth the two-year wait.

Whatever your feelings about the latest Bond film, it’s hard to deny that the introduction of a 007 offspring was huge, with five-year-old Mathilde adding a whole new level of emotional complexity to the plot.

To recap, in No Time To Die we learn that Bond’s passionate but (ultimately) doomed relationship with Madeleine Swann resulted in a child. Despite Madeleine’s initial denial that James was the father, it soon transpired that this was a lie (presumably intended to protect Mathilde from life as the daughter of the world’s most hunted spy).

For most, the revelation about Mathilde came as a big surprise. Bond? A father? But for die-hard fans of the franchise who followed every leaked piece of info ahead of No Time To Die’s release, it would have been less shocking. In fact, as far back as June 2020, rumours about a secret child were already flying about.

Not only that, but sources have been reporting that Mathilde is due to get her very own spin-off series.

“Bond bosses are very excited about 007 having a daughter and creating a new franchise around her,” an insider told The Mirror.

According to this source, Fleabag star Phoebe Waller-Bridge (who was brought into the No Time To Die writing room) has been asked to create a script around Mathilde, dealing her journey to becoming a spy and following in her father’s footsteps. “[Waller-Bridge[ may just offer ideas and co-produce as roles are yet to be decided, but bosses are keen to give her a big part in the film’s production,” the source said.

Bustle has reached out to representatives for No Time To Die to find out if there is any truth to these rumours but, so far, nothing has been confirmed nor denied.

All we know right now is that James Bond will return (as anyone who stuck around until the end of the credits will know). For everything else, we’ll just have to wait and see.

More like this
'Waterloo Road' Is Back, With More Than A Few Familiar Faces
By Sam Ramsden and Vivian Iroanya
Mollie King & Stuart Broad Just Shared The First Pic Of Their Baby
By Sophie McEvoy
Joe Lycett Just Took HIs David Beckham Qatar Protest To A Whole New Level
By Sophie McEvoy
Looks Like Jack Grealish Found The Sandy To His Danny
By Sophie McEvoy
Get The Very Best Of Bustle/UK