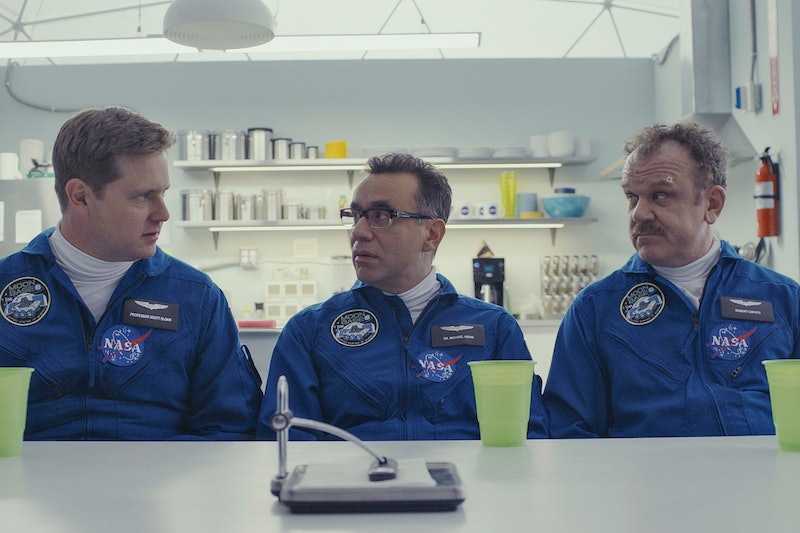 Like Halley's Comet or a total solar eclipse, Moonbase 8 should be classified as a rare astronomical event. The Showtime series about a trio of aspiring astronauts accomplished the impressive feat of bringing together three comedy supernovas in Fred Armisen, John C. Reilly, and Tim Heidecker, instantly making it a must-watch for comedy nerds throughout the galaxy. Or, at least the ones with a cable login. Now, with the show's first season coming to a close, it's time to ponder if Moonbase 8 will return for season 2?

In many ways, Moonbase 8 feels like a limited series — even if it wasn't intended to be. Its three leads are big comedy stars, especially Armisen and Reilly, and they generally have a lot going on with other film and TV projects. This reality could potentially make scheduling future seasons difficult, and the fact that the three of them were able to come together for one season of TV feels rather miraculous. The show's first season also consisted of just six episodes, which would already be considered short if it were hourlong drama in this day and age of TV. But for a half-hour comedy series? It's basically unheard of. Throw in the series' low ratings and mediocre critical reception, and the prospects of a second season begin to look pretty grim.

But some factors point to a possible renewal as well. The first season certainly didn't conclude the story, so there are plenty of directions Season 2 could go in should the series get picked up for another go-round. Showtime also recently brought The Curse, another A24 comedy series, into its lineup, suggesting Moonbase 8 was the start of a partnership between the network and the studio. If more projects are forthcoming, it doesn't make sense for Showtime to risk souring their new alliance with A24 by canceling the series that kicked it off. Then there's the difficult-to-quantify cachet that comes with the series. Even though it hasn't been a ratings behemoth or a critical darling, the show still has a certain cult-classic appeal thanks to its strong leads and avant garde sense of humor, and Showtime may want to keep it around to help beef up its light comedy lineup.

Right now, it's hard to say whether or not Moonbase 8 will get a second season on Showtime. It really could go either way, so for now, it's best to enjoy this oddball series while it's still around.