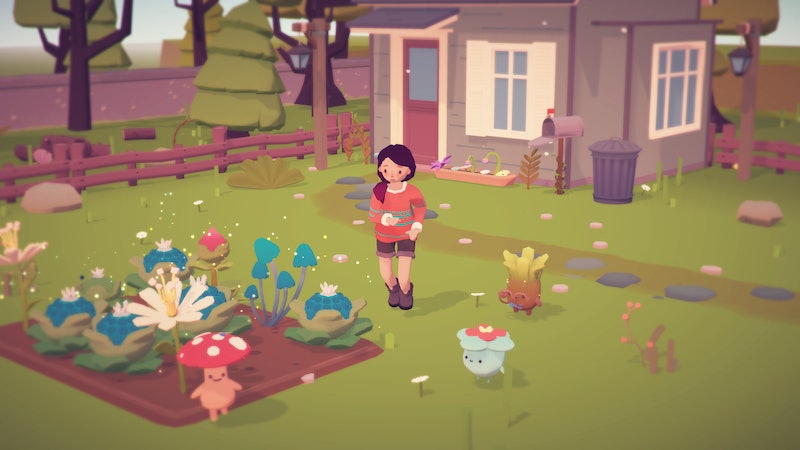 Initially revealed in 2016, the first early access release of Ooblets finally dropped on July 17. Xbox and PC players were finally able to experience the seaside vista of Badgetown and the life it has to offer — including a bunch of little critters called — you guessed it — Ooblets. You can grow these buddies on your own farm, and once they blossom you can pit them against other Ooblets in dance battles. It's basically the ultimate dream combination of Animal Crossing, Stardew Valley, and Pokémon. But will Ooblets come to Nintendo Switch?

Since the game is still in its beta form (meaning it's not entirely finished), it'll be a while before it moves forward to other platforms. On the official site's FAQ page, developers Glumberland say that it'll be in this phase for "a year but that estimate could be way off".

And in terms of whether it'll be on Switch one day, Glumberland says: "Mebbe one day bebe! Who knows?" It would be surprising if Ooblets doesn't make its way to the console at some point, seeing as the art design and playstyle would suit the Switch perfectly.

For now, though, you'll need a PC or Xbox to enjoy life with these adorable little Oobs. You can access the beta version of the game through Epic Games for £19.99 or Xbox for £20.99. Playing in beta mode means "there will be a lot of bugs and unfinished things," as the store writes, "but the game is very playable and will change and expand over time."

Glumberland expands on this, saying that while the overarching story won't be completed until their full launch in mid/late 2021(according to their 2020-21 roadmap), but they estimate there's "about 6-40 hours of gameplay right now." That's more than enough to stare listlessly at these lil' cuties, collect them, and watch them dance like their lives depend on it.

More like this
Everything To Know About 'The Last Of Us' TV Adaptation
By Sophie McEvoy and Radhika Menon
Meghan Markle Resumes 'Archetypes' Podcast After The Royal Mourning Period
By Bustle UK
How To Turn Off Night Mode On Your iPhone Camera
By Emma Carey
Behind The Hilarity Of The "POV: You Walk Into My Room" TikTok Trend
By Lexi Inks
Get The Very Best Of Bustle/UK