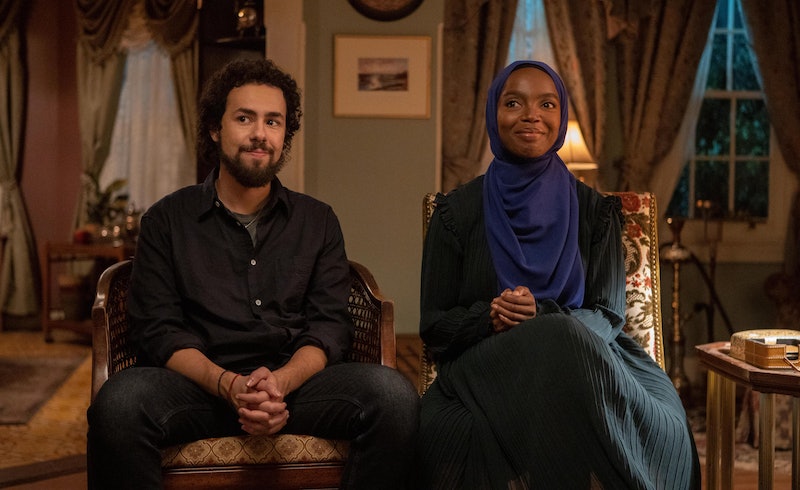 Update: Hulu announced on July 9 that Ramy will return for Season 3. A premiere date has not yet been revealed.

Earlier: Considering that Season 2 has already been getting good reviews, it's likely that Ramy will return for Season 3. The critically beloved first season was renewed in May 2019, just a month after it premiered, and the show seems to have kept up the momentum. However, it probably won't be back until at least May 2021 — if not later, since most productions are shut down right now due to COVID-19.

What's more, creator and star Ramy Youssef is exhausted. "I almost feel like I'm going to cry a bunch this summer, because I didn't stop at all," he told Entertainment Weekly. "Like, we had a one-week gap between Season 1 airing and then gearing up for Season 2.... I think we were released April 19 [2019] and then first week of May we were like, 'OK, let's get our writers' room together and let's go make Season 2.' It's really been nonstop, and so it hasn't all sunk in."

Fortunately, Youssef's hard work has paid off. Not only did he win a Golden Globe for his performance in Ramy Season 1, but he was able to get Moonlight star Mahershala Ali (who converted to Islam in 2000) to play Sheikh Ali Malik in Season 2. "I knew the character was going to be good because when I asked Mahershala…he was just like, Whoa — let me pray on this," Youssef told Vanity Fair. "I was like, this dude is for real."

Youssef said that he'd wanted to include a sheikh storyline, but was initially "thinking about introducing it towards the end of Season 2 and going into a potential Season 3 — and then Mahershala called," he told EW. "We had been writing for a month, and Mahershala called me, and I went back to the room and was like, 'So, I think we got to go in a different direction.'"

One guest star they weren't able to nail down, however, was Lindsay Lohan. Youssef told EW in another interview that they initially cast the Freaky Friday star "because Lindsay had this whole thing about converting to Islam." However, he said that after Lohan agreed, "we just kind of stopped hearing from her. [Laughs] I was trying to get ahold of her and she was on the call sheet, and I guess she couldn't make it. I don't know, I never heard from her." But as Youssef joked on Twitter, there's always a chance that Lohan will make a Season 3 appearance.

But first, Youssef is eager to take a break. "I'm excited to get [Season 2] out there and then just like chill for a second, even if it's just two weeks instead of one week," he told EW.

More like this
Pamela Anderson's Sons Brandon & Dylan Have Their Own Hollywood Careers
By Arya Roshanian
Wait, Is Barney Stinson Related To Sophie On 'HIMYF'?
By Gretchen Smail
Pamela Anderson’s Dating & Marriage History Could Be Its Own TV Series
By Jake Viswanath
Ozzie’s Coming Out Scene With Kitty On 'That ’90s Show' Has Twitter Sobbing
By Brad Witter
Get Even More From Bustle — Sign Up For The Newsletter
From hair trends to relationship advice, our daily newsletter has everything you need to sound like a person who’s on TikTok, even if you aren’t.