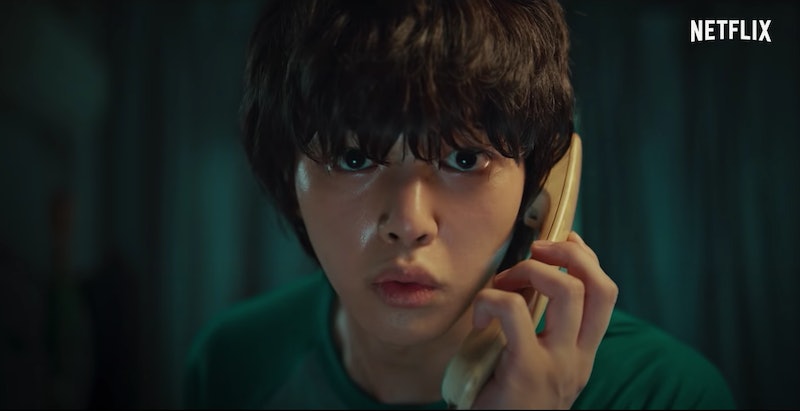 Korean thriller Sweet Home hit Netflix on Dec. 18, and before it became a TV show, it was (and still is) a fan-favorite Webtoon, or manhwa. In fact, it amassed more than five million views on the Korean site Naver, according to AsiaOne.com. Needless to say, when the news of its TV debut broke, fans were elated about the opportunity to experience the story in a new way. But because some slight modifications were made to the series' plot, it's unclear if Sweet Home will return for Season 2.

The original Webtoon consists of 140 "episodes" or chapters of the story that authors Carnby Kim and Youngchan Hwang just finished in August, which sparked speculation about if the 10-episode Netflix series would fully adapt the original. According to a Reddit summary of a promotional interview from the cast, the main character, Cha Hyun-su (played by Love Alarm's Song Kang), goes largely untouched. He's a self-described recluse who loses his family in a car crash, moves into his own apartment, and nearly takes his own life when everyone around him turns into monsters that represent their own inner-demons, so he springs into action to save himself and his neighbors. A second season could delve into that story.

Other main characters are slightly tweaked, and director Lee Eung-bok (Mr. Sunshine, Descendants of the Sun) added a new character, former special forces soldier and firefighter Seo Yi-Kyung (Lee Si-young). The authors requested that Eung-bok didn't "follow 100% of [the] Webtoon story" because they wanted "to see different perspectives," according to the aforementioned Reddit thread. Therefore, it's possible that if there is a Season 2, it's all original content. Whatever happens, Eung-bok is committed to doing the story justice.

"I ensured that the series stayed as loyal as possible to the monsters from the Webtoon," Eung-bok said in a Dec. 16 press conference, per AsiaOne.com. But, according to Soompi's report, he still had to make some changes to the ending and *kind of* said he would be open to making a second season. "While we were writing, we completed the end of the storyline ourselves, so there are a couple things that came out after we were done," he revealed. "If the opportunity arises, we want to also introduce the monsters that we weren’t able to. We want to stay true to the original.”

So, if you were disappointed by the absence of your favorite monster in Season 1, there's still hope that it could appear in Season 2.

More like this
Watch The Thrilling Teaser Trailer Of 'Shadow And Bone' Season 2
By Gretchen Smail, Jack Irvin and Sophie McEvoy
Twitter Is Pouring Out Some Zhampagne As ‘Schitt’s Creek’ Leaves Netflix
By Brad Witter
The First Clip From Netflix’s Queen Charlotte ‘Bridgerton’ Prequel
By Bustle Editors
Here’s Where You Can Stream 'Schitt's Creek' After The Comedy Leaves Netflix
By Brad Witter
Get Even More From Bustle — Sign Up For The Newsletter