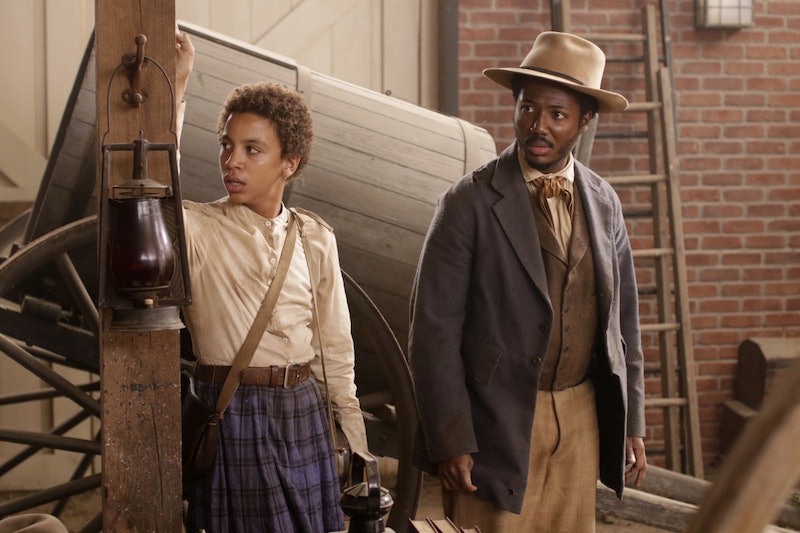 Despite favorable reviews that described The Good Lord Bird as having a refreshing "impish spirit of contrivance," don't expect it to return. Because the Showtime series is based on the standalone, award-winning novel written by James McBride, it's unlikely that it will return for a Season 2. Plus, the network has repeatedly advertised it as "a limited series," so if you can't get enough of the abolition period dramedy, you'll have to rewatch it after the finale airs on Nov. 15.

Ethan Hawke, who stars as abolitionist leader John Brown, co-adapted the series with Mark Richard — an ideal project for Hawke who calls The Good Lord Bird one of his favorite books, per Variety. If you're not familiar with the story, it follows Onion (Joshua Caleb Johnson), "a newly freed teenager" who joins Brown "on a holy crusade to end slavery and finds himself part of the famous 1859 raid at Harpers Ferry," per the show's description. The raid was intended to initiate a slave revolt, but instead is often credited for initiating the Civil War.

“The story is so topical,” Richard said in an on-set interview with the Richmond Times-Dispatch in September 2019. “Even though it’s set in 1856, it’s about race and gender and issues that are still present today.” Now a year later, it's even more relevant. In fact, its original Aug. 9 release date was pushed to Oct. 4 so that the network could provide more context as it relates to the ongoing systemic racism in the United States. Deadline called the postponement a "proactive extra pause" to carefully consider the show's content and prepare appropriate messaging and marketing materials.

“The genius of the novel for me is how it deals with gender and race and how we deal with the blind spots that we see," Hawke said at a Television Critics Association panel, per Deadline. McBride, who was also at the panel, added: “We have to find ways to talk about race instead of yelling and shouting. This guy [Brown] showed us how to do it.”