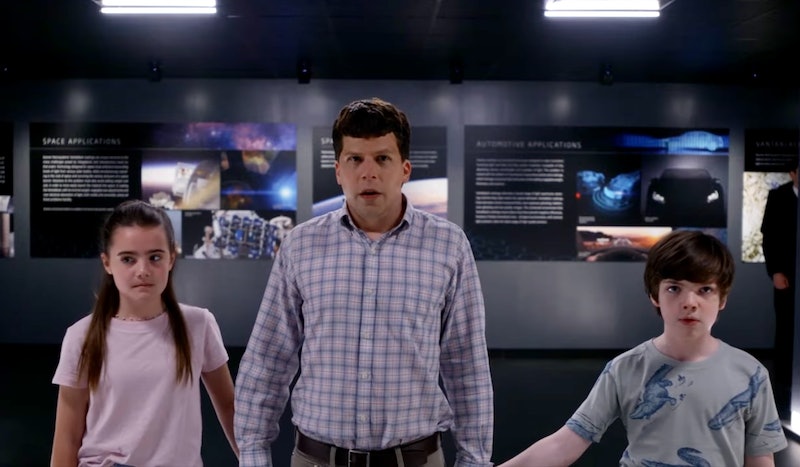 By the end of FX on Hulu’s Fleishman Is In Trouble’s first season, all the material in showrunner Taffy Brodesser-Akner’s 2019 debut novel will have been covered. So anyone hoping for a Fleishman Is In Trouble Season 2 will likely be disappointed. “It’s a limited series. This story is the breadth of the book, and I feel it’s very complete,” Brodesser-Akner recently explained to the Sioux City Journal.

Still, the journalist, who’s set to release her second book in 2023, provided a small glimmer of hope, conceding, “You never know.” As Brodesser-Akner added, “I’m also tempted to never let any of these characters go. It’s sad. Whatever I write next will be a little less close to my bones than this, right? This was my first thing and my most essential thing I can still feel in my stomach.”

After publishing Fleishman is in Trouble, Brodesser-Akner penned another Toby Fleishman short story for The Cut in July 2020 called Fleishman Is in Lockdown. The narrative follows a day in the doctor’s life at the hospital amid the height of COVID in New York. It’s unlikely, however, that she will adapt that story into a second season — for now, anyway. That’s not to say Brodesser-Akner hasn’t thought about a potential sequel though.

Tweeting on Dec. 24 that she was “devastated” to present “the teaser for the final episode” of Fleishman Is in Trouble, the writer followed up, “The second season of FLEISHMAN IS IN TROUBLE is predicated on the idea that the Fleishmans will be a legitimate family within five years.” Before fans could get too excited though, she added, “Obviously I'm kidding and just watching GODFATHER II, which is not a Christmas movie but includes a chorus of children, which is very Christmasy to me.”

After tweeting point-blank, “There is no second season of FLEISHMAN!” Brodesser-Akner got in one last joke: “(We're going straight to the third.) . . . I'm just kidding again!”

Despite her best-selling novel’s success, the author previously told Bustle that she balked at the idea of adapting the story into a TV series. “In my head, I was like, ‘Oh, I already know I’m not good at that.’ And my producing partners were like, ‘Are you sure? Because it sounds like you tried it once when you were 21,’” she said.

Brodesser-Akner would eventually write seven out of the show’s eight episodes. The lesson? “I hope that everyone remembers always the thing I have to remind myself, which is: The stakes are pretty low. It’s just you and your computer — you should try anything.”

More like this
Wait, Is Barney Stinson Related To Sophie On 'HIMYF'?
By Gretchen Smail
Everything To Know About The 'Daisy Jones & The Six' TV Series
By Maxine Harrison and Brad Witter
The Song At The End Of 'The Last Of Us' Ep 1 Has A Deeper Meaning
By Sophie McEvoy
The 'Hunters' Creator Wanted The Series Finale To Serve As A "Catharsis"
By Brad Witter
Get Even More From Bustle — Sign Up For The Newsletter
From hair trends to relationship advice, our daily newsletter has everything you need to sound like a person who’s on TikTok, even if you aren’t.