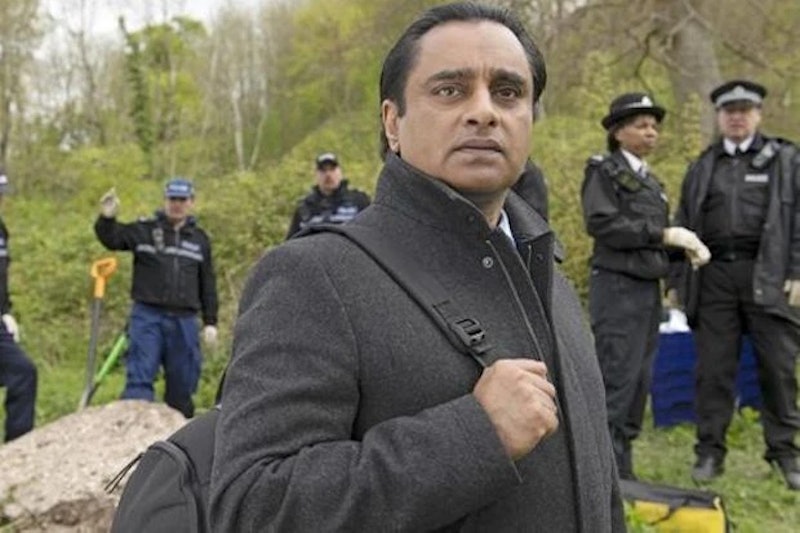 Fans of ITV crime drama Unforgotten will be familiar with the twists and turns that are customary of the show. But season 4’s finale last year? No one could have seen it coming. Or rather, no one wanted to see it coming. DCI Cassie Stuart’s tragic end was heart-wrenching for her team and viewers alike, and since ITV confirmed that Unforgotten will return for a fifth season, what does this mean for the future of the show? Here’s what we know so far.

Unforgotten has been hugely popular, taking home two BAFTAs during its three previous seasons. Per the Independent, the series 3 finale was watched by 7 million people, And the first episode of season 4 was watched by 9.5 million viewers.

Beyond the unexpected plot lines, it was really the chemistry between the central pair that drew audiences in. “It’s a totally platonic love,” Walker told the Independent. Apart from that “fumbled and ill-judged kiss” with Sunny early on. “Cassie dealt with it in 10 seconds. It’s over — it’s done. She loves him. It’s her friend. That is not how narratives normally go in this genre,” she said. Gutted.

What Happened In Unforgotten Season 4?

Season 4 of Unforgotten got off to a classic start: with the discovery of a headless body dumped in a north London scrapyard, frozen solid. The only clue? A Marathon wrapper in the back pocket, dating the corpse to pre-Snickers times. Cassie (Nicola Walker) is in a tricky place; years of stress and dedication have left her mental state precarious, and her bid for an early retirement is unceremoniously turned down. Her dad’s dementia is getting worse, and he’s made it clear he intends to leave his half of the house to his new girlfriend. DI Sunil “Sunny” Khan (Sanjeev Bhaskar) is on hand to help his boss, though. The investigation is on.

Fans will remember Episode 5 well. It ended in a very sudden car crash, leaving fans in anguish waiting to discover Cassie’s fate, not to mention who was behind said crash. Could it have been one of the suspects in Matthew Walsh’s murder?

The finale of season 4 reveals the most tragic outcome of all: Cassie’s injuries are worse than her doctors feared. After various emotional but largely silent scenes, we learn that she is in fact dead. Gulp. Walsh’s murder — he was stabbed with a fountain pen, after all — is revealed to be a revenge crime, with Dean confessing, saying he did it to avenge his brother’s death. As to the car that hit Cassie? An awful accident, entirely unrelated to her work.

There’s no set air date for Unforgotten Season 5 just yet, but the show’s writer Chris Lang first began work on the script in July 2021. As reported by Radio Times, filming is now fully underway, meaning that the mystery-riddled drama is likely to hit screens sooner rather than later. On top of that, Lang previously referred to a new season dropping “next year” in a 2021 tweet. So fingers crossed for 2022.

Following the season 5 announcement, Lang confirmed Bhaskar would be returning as Sunny (obvs) but with a new female partner at his side. Though the team were initially tight-lipped, it was later revealed that Irish actor Sinéad Keenan is replacing Nicola Walker in Unforgotten. She’ll be joining the cast as Sunny’s new boss, Jessica ‘Jessie’ James.

"I’m very much looking forward to working with the extraordinary cast led by the brilliant and incredibly lovely Sanjeev Bhaskar,” Keenan said in a statement, "and I’m hoping that if I play my cards right I might even get to take a peek in Sunny’s backpack!"

Bhaskar has also dropped a handful of hints around the characters' developing bond in Season 5. "Sinead's character has come in as Sunny’s boss… and it's not the best place Sunny would wish to be in,” the actor said, speaking to Radio Times at the 2022 BAFTAS. "So let's just say that is where we kick off."

"Sunny is dealing with a degree of grief, the loss of his friend and partner,” the actor added. "That has an impact on this story and what else can I tell you? That's about it. The backpack is back, so I've been carrying that around for a bit.”