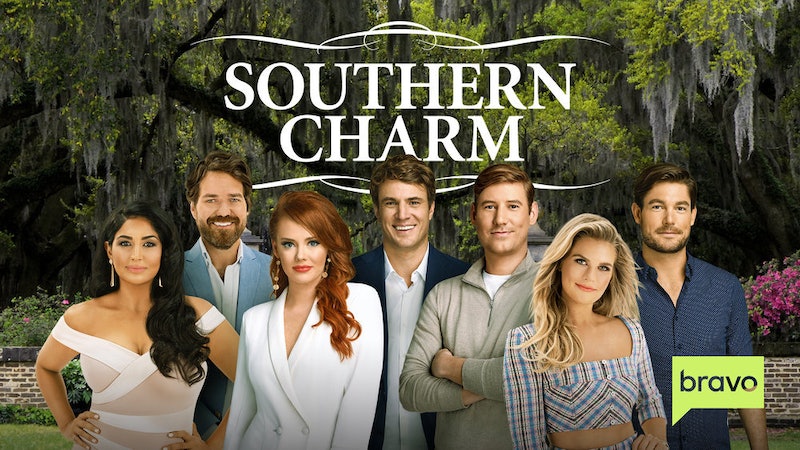 Anything can happen in 2020 — even Thomas Ravenel returning to Southern Charm. The politician and ex-boyfriend to Kathryn Dennis left the reality TV show after Season 5 when sexual assault allegations surfaced against him. Even after the allegations settled, per Entertainment Tonight, he announced that he was done with the show and "not coming back." But he may have had a change of heart.

After Cameran Eubanks, Naomie Olindo, and Chelsea Meissner announced their respective departures from the show in May, Ravenel reportedly went on a now-deleted tweeting spree about how poorly Southern Charm is run and claimed that he'd never return. Yet he's mentioned in the Season 7 trailer by Kathryn and even appears in a promo clip.

In the trailer, Dennis reveals that Ravenel "got a girl pregnant and she’s having the baby." This is true. According to the Daily Mail, the "girl" is 38-year-old Heather Mascoe and the baby is now three-month-old Jonathan Jackson Ravenel. The Daily Mail reports that the pair are no longer a couple, but are "really good friends."

In a Season 7 preview, Dennis gives an update on the three year custody battle over her and Ravenel's two children Kensington Calhoun, 6, and Saint, 4. And surprise! They now have 50/50 custody and appear to be living together. "Thomas and I are actually getting along," Dennis says, hesitating. B-roll cuts to Thomas joining her and the kids in the kitchen. "I have actually been staying with Thomas," she adds. "He's allowed me to use his master bedroom and, uh, we are not back together." In the kitchen, Thomas is making Kensington a drink and she's running around the house. "She's excitable," Thomas says. "She likes it when the two of us are together."

It's unclear if Thomas makes any additional appearances in Season 7, but to hear him tell it, this was a one-off. "I just let them film a little segment with the kids as a favor to Kathryn," Ravenel recently told Us Weekly. He also clarified that their cohabitating was apparently temporary: "At the time, she was staying at my house in the guest room because her house was being painted and was unsafe for her and the kids."