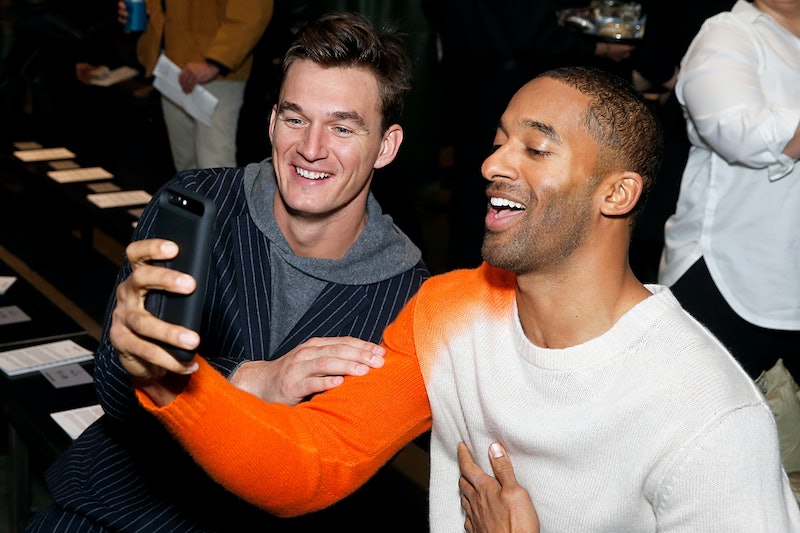 If you were one of the many Bachelorette fans rooting for Tyler Cameron to be the next Bachelor, there's one small consolation. He will be on the show, just in a much smaller capacity.

As Tyler revealed in a December YouTube vlog, he went to the Nemacolin Resort in Pennsylvania to film a cameo for his BFF Matt James' Bachelor season. "I just left Nemacolin, I just got back," Tyler said. " I saw Matt. He's extremely happy. He loves the girls ... he spoke highly of them ... he's really pushing himself to be vulnerable, to put himself out there. And I think you're gonna get a great season." Tyler added that his appearance on the show will be entertaining, saying, "We had some fun. They messed with me a little bit, and you guys will get to enjoy it at my own expense, but it was great."

According to People magazine, Tyler and Matt have been friends since college, when they played on the same football team together. In fact, it was Tyler's mom who nominated Matt for Clare Crawley's season of The Bachelorette before ABC switched gears and cast him as the Bachelor.

As for when to expect to see Tyler this season, he told the Chicks in the Office podcast in mid-November that he'd "recently" seen Matt. The Bachelor was filmed from late September to late November, so he'll likely show up closer to the end of the season. By then, Matt would have been starting to form some genuine connections that Tyler could give him advice about.

He also may not be the only one of Matt's Bachelor Nation buddies to appear on the show this season. Matt hinted that he "wouldn't be surprised" if former Bachelorette Hannah Brown, who quarantined with Matt and Tyler early last year, stopped by at some point too. Maybe she'll show up when her friend and fellow Bachelor alum Heather Martin does?