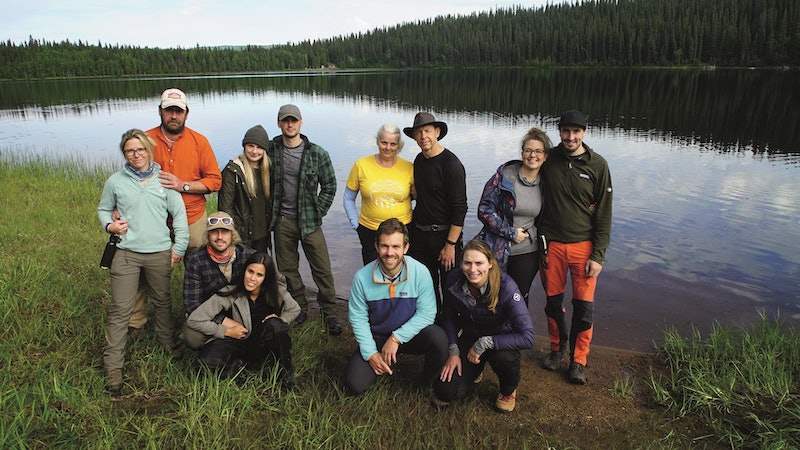 Most reality TV survival competitions have an easily repeatable goal the competitors are striving towards. The Amazing Race follows couples fighting to be the first to reach a final destination. Survivor sticks new groups in gorgeous but harsh locales, pitting them against each other to see who will last the longest. And then there's the new competition, Win The Wilderness: Alaska, which just wrapped up its first season on BBC Two. The show has a unique format, that's not as easy to replicate as other gameshows. Which may leave fans wondering, will Win The Wilderness return for Season 2?

The show follows six British couples competing for an unusual prize: a three-story home deep in the Alaskan wilderness, over 100 miles from the nearest road. The couples have to prove themselves to Duane and Resa Ose, who own the home, by passing four tests — each designed to test their ability to hack it in the remote wilds. So far BBC Two hasn't given official word on whether the show is renewed. And it's not like The Ose's have another house for the victors to win...

A bit of backstory on The Ose's. Hiking out to the middle of Alaska's Lake Minchumina Landshore Claim Area in 1985, Duane was the last American to claim and secure land under the Federal Homestead Act of 1862. Over the next thirty years, he and his wife Rena lived off the grid, maintaining their house and land and raising a family on the mountain named after its settlers. But in 2019, health issues convinced the couple to move to Redwood Falls, MN. With none of their now-grown children able to take over the homestead, the couple were approached by media company TwoFour about the possibility of a reality show to carry on their legacy.

Win The Wilderness' six couples were flown to Alaska, and immediately asked to set up their own shelters given just canvas sheets, ropes, and little instruction. From there, couples were selected by the Ose's following each test for a face-to-face visit, where they either made the shortlist for home ownership, or were flown back to the U.K.

For their part, the Ose's regret nothing. “It was a great life, but it had to come to an end,” Duane said to the Redwood Falls Gazette. Rena added, “We just don’t want to see the place get run down.”