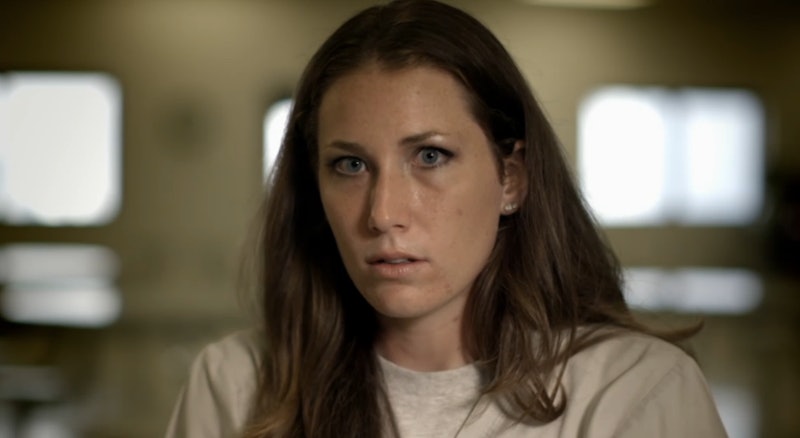 Amber Hilberling was convicted of second-degree murder in 2013, following an incident in which her husband Josh was pushed through an apartment window and fell to his death. The 25-year-old has featured in a few documentaries during her sentence – including Channel 4’s Women Who Kill – but what happened to Amber Hilberling after the filming of her final television appearance?

In 2011, Josh Hilberling was pronounced dead after falling from the 25th floor of the apartment block he lived in with his seven months pregnant wife Amber, according to the Washington Post reports. Amber was convicted of pushing her husband to his death, but she always maintained her innocence, saying that it was an accident, and that she was acting in self defence.

The Washington Post states: "During a jailhouse interview [in 2015], Amber Hilberling told talk show host Phil McGraw [of Dr Phil] that she was pregnant and trying to protect herself when she unintentionally pushed her 23-year-old husband through an apartment window."

The Mirror reported that the couple were fighting when the incident took place. The expectant mother remembers pushing her 6ft 6” husband away from her, and then “looking at a broken window”. She blamed the unconventional shape of the windows as the cause of the accident. Amber was sentenced to 25 years in prison.

Hilberling is one of the three women featured in Women Who Kill, a two-part documentary from Channel 4 that investigates "what pushes ordinary women to kill people who they know and, sometimes, who they love."

The Channel 4 explores the circumstances surrounding Josh's death, including interviewing Hiberling about what happened. However, in October 2016, after filming had ended, Amber Hilberling died in prison while still serving her 25-year sentence, per the Washington Post. The newspaper reports that Amber's death was ruled a suicide after she was found hanging in her cell.

Alongside the 2017 UK series, Hilberling also appeared in a 2013 episode of Lockup: Tulsa.

In a TV interview in November 2015, Amber's parents discussed their daughter's death with McGraw. They claimed that the Mabel Bassett Correctional Center (where Amber was being held) called them to say "she is dead," but instructed them to "watch the news" if they wanted any more information about the circumstances surrounding her death. Amber's mother, Rhonda Whitlock, revealed to McGraw that they had to find out via the news that their daughter had died by hanging.

Amber's family has had custody of her and Josh's son Levi since she was sent to prison, ABC Tulsa reports. However, the situation between Amber and Josh's two families seems to have been pretty complicated since their deaths. During her interview with McGraw, Whitlock alleged that, after Amber's death, a member of Josh's family sent her a hurtful message about her daughter via social media.

According to the Daily Star, during Women Who Kill, Amber describes her husband as "charming and irritating and smart and annoying." She goes on to say: "He was a good man." Amber also says that Josh was kicked out of the U.S Air Force for drug abuse, and that's why they were in Tulsa, the Daily Star reports. "He started doing drugs and wanting to sell them again and I was sad and disappointed and angry. That caused for the fighting and everything that happened that shouldn't have happened."

In the documentary, she says that Josh had broken a window earlier that day during a fight, which had begun because Josh had decided not to attend Amber's father's wedding, because he wanted to "sell pills instead," the Daily Star writes. The fight then escalated, and ultimately ended in Josh's death.

More like this
Where Is Oscar Torres In 'Only Murders In The Building' Season 2?
By El Hunt
Yinka Bokinni Recalls Terrifying Truth At Heart Of 'How To Hire A Hitman'
By Frances Stewart
'Sherwood’s Filming Locations Hold Deeper Meaning
By Rachel Mantock
12 Documentaries & Films About Cults From Netflix UK To Hook You From Start To Finish
By Kay Leong
Get The Very Best Of Bustle/UK

This article was originally published on March 25, 2019