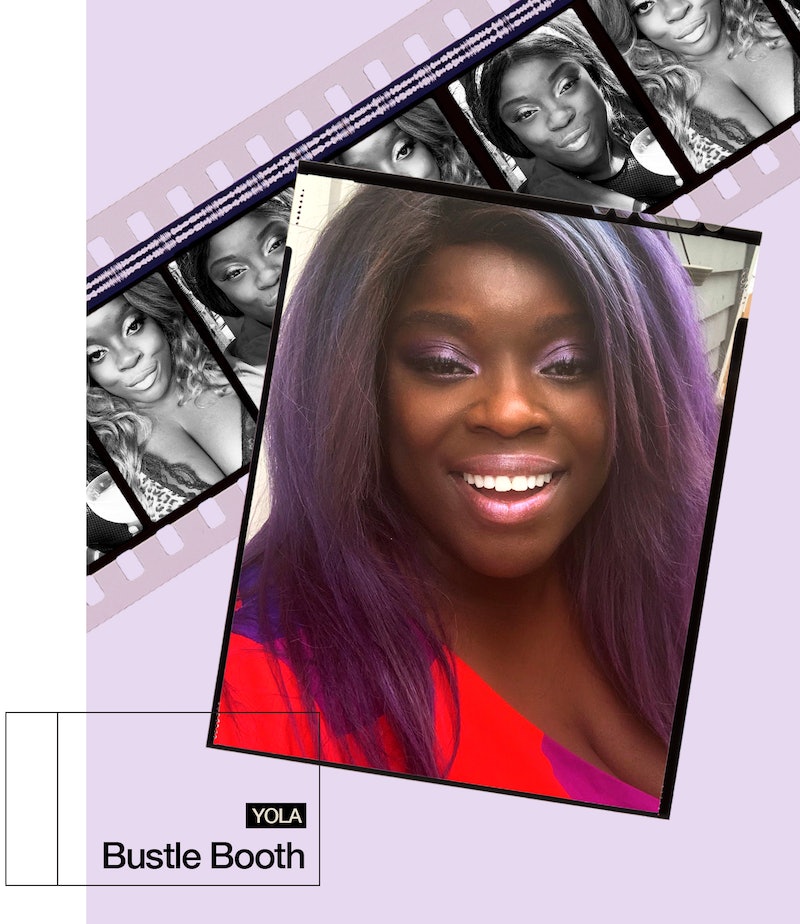 “I’m finally at the place where I’m ready to be the most me,” British singer-songwriter Yola tells me over the phone from Nashville. We’re talking about her upcoming album, Stand For Myself, coming out July 30, a record that the 37-year-old singer has been working on for a few years. Our conversation delves into the creative journey of her album, representing dark-skinned Black women in the music industry, and playing the originator of rock and roll in Baz Luhrmann’s next film, Elvis.

Yola – who moved out to the U.S. for work before lockdown but has stayed put ever since – is no stranger to the music scene. With years of writing for English band and fellow Bristolians Massive Attack under her belt, she also boasts four Grammy nominations. But the spotlight is now shining solely on the “Diamond Studded Shoes” singer as she gets ready for the release of her latest album – one she’s feeling very proud about. And so she should be, with Rolling Stone describing the title track “Stand For Myself” as “an ebullient mix of hard truths and vintage soul.”

While soul is the main genre on Stand For Myself, it also fuses together R&B, rock and country like sounds into a genre-fluid album. Speaking about this mix, Yola says, “Everyone has a different opinion of what genres are on the album, which is brilliant. I love that everyone thinks a different thing. It’s really subjective.”

After taking a brief hiatus from music in 2012, experiencing grief after the death of her mother a year later brought Yola back to her musical passions. She began to write “Break the Bough” – a track from the new album – on the afternoon of her mother’s funeral, with the bass line of the party song creeping into her mind and the first verse writing itself in her head. It was this “feeling of being released” that sparked the songstress’ musical interests again, and she went on to to write more songs over the coming years.

Yola hasn’t just made a name for herself in the music industry, but in movies, too. She’ll be starring in Baz Luhrmann’s, Elvis, alongside Tom Hanks and Austin Butler. Coming out next year, she will play Sister Rosetta Sharpe, also known as the “Godmother of rock and roll,” who influenced the likes of Elvis Presley, Johnny Cash, and Little Richard.

“Acting was never my plan,” says Yola. “I didn't think that that was even an option, I was just about getting into music.” Initially coming onto the project to sing on the soundtrack, she impressed director Luhrmann so much that he offered her the part.

Although she’ll be playing an iconic Black woman in music history, and her music speaks for Black female strength, Yola isn’t feeling the pressure to represent as a dark-skinned Black woman in the industry – she’s just excited to express herself.

“The good thing about being me is I've always been an outsider. I've never fit into anything. To feel the pressure, I would have had to fit in the first place,” she says with a hearty laugh. “I’ve got to represent myself and, by doing that, I will give people an example of nuanced life and deepen the relationship with the Black people in their life. If that’s the way I represent, then I’m happy with that.”

Get to know more about Yola with her Bustle Booth questionnaire below.

Made In Chelsea. I’d plant my dead body in Jamie Lang’s house and see if he could explain himself out of that one.